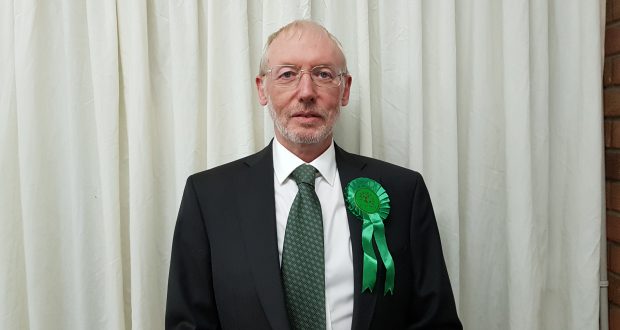 Martin Blake at the election count.

“I don’t think there was ever any doubt it was going to remain Conservative,” Mr Blake said ahead of the result announcement.

“If the Exit Polls are correct then it’s clearly not what we wanted as it suggests that crucial issues like climate change and environmental emergencies aren’t at the forefront of voter concerns.

“We have done our best to put these issues at the front of our campaign and they have had a lot of media coverage,” he added.

“From our point of view we want to improve on our showing in previous elections,” Mr Blake added.

“We’ve tried to put our message across as effectively as we can,” he said, summing up his campaign.

“It’s been evident there are lots of people who are prepared to vote Green who wouldn’t vote for either of the opposition parties.” 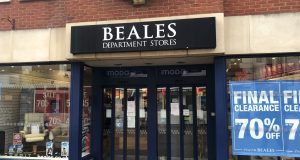