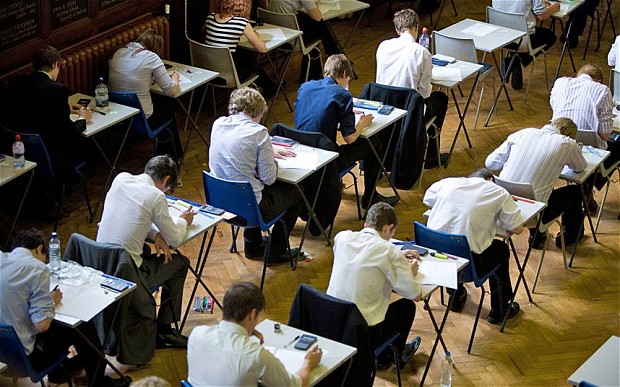 GCSE results ‘not a true reflection’

Only 32 per cent of pupils at Spalding’s Sir John Gleed School and 34 per cent at The Peele Community College, Long Sutton, attained five A*-C grades, including English and maths.
The “floor” standard set by the Government is 40 per cent.
The district’s two grammar schools fared well – with Spalding High School achieving 92 per cent and Spalding Grammar School achieving 93 per cent.
Across Lincolnshire, 56.1 per cent of pupils achieved the standard, an increase of 1.3 per cent on the previous year and higher than the East Midlands average of 54.2 per cent.
But county education bosses say the figures do not give a true reflection of Lincolnshire’s secondary modern schools’ achievements.
A spokesman said: “When the more able students in an area choose go to a grammar school, it is not reasonable to expect the non-selective schools to do as well as the grammars in terms of the proportion of pupils achieving the highest grades.
“That’s why the new Progress 8 measure established by the government, is so important. It will allow our non-selective schools to show how much progress their pupils make across eight subjects.
“The county council is confident that several schools that might appear to underperform by the old measure will be seen to be doing well when the new Progress 8 measure is introduced for all schools and academies later in 2016.
Lincolnshire County Council’s director of children’s services, Debbie Barnes, said: “Most of our schools are doing really well but we are not complacent, and there are some significant challenges to overcome.
“The progress that our young people make in English is improving but we still need to do better. Progress in maths is an issue that we aim to address by supporting the recruitment of more really good maths teachers.“
Coun Patricia Bradwell, executive councillor of Children’s Services said: “It’s wonderful to see so many young people realising their potential in our schools.
“Pupils, parents, carers and teachers all deserve our congratulations.”