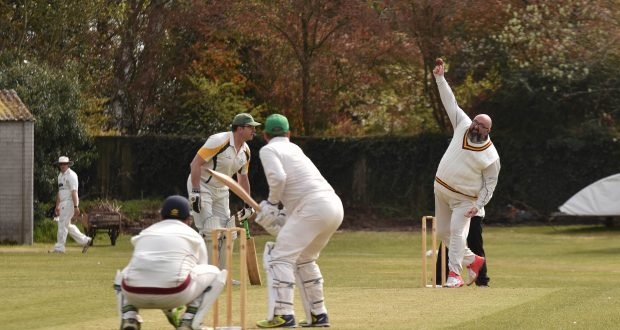 It’s been a fine start to the season for Long Sutton Cricket Club ahead of the local derby with Spalding on Saturday.

Dan Oldfield’s side made it two wins from two to start the South Lincs and Border League Premier Division as they beat Market Deeping 2nd on Saturday.

Only a handful of sides have won both of their opening fixtures as the club looks to build on their excellent showing in last year’s mini-competition where they finished narrow runners up to a Moulton Harrox side who they’ve already beaten this season.

“It’s been good,” Oldfield said. “Last year was a strong one and we were really pleased with our results.

“We had good player availability and did fairly well out of the competition.

“This year is just about us continuing to improve.

“We need to keep pushing, keep climbing and see how we go.”

It’s certainly been an impressive start.

In 9.3 overs, the off spinner took 7-17 ripping through the middle order after Barry Stanway (1-26) and Adam Whitaker (1-31) ended Deeping’s decent start.

Chasing 137 despite a quickfire 28 from Oldfield, the game was in the balance as Sutton slipped to 53-3 and 80-4.
But from there Stanway hit a fine 42 not out alongside Jamie Taylor’s 22 not out to lead the side home after just 20 overs.

It followed the batsman leading the way in the high scoring opener against Moutlon Harrox which saw Sutton successfully defend 259-9 to win by 20 runs.

“It was a very strange game that started off very slow and all of a sudden we just went for it with Josh scoring a brilliant 100,” Oldfield said.

“They went for it from the start but we kept them down.

“Josh was a big miss for last Saturday but the bowlers bowled brilliantly, particularly Rob.

“There’s a few unknowns going into this season.

“We were a bit surprised to start on time and it’s been a bit of a rush to get the ground ready.

“After the success last season we were hoping we could carry that on for this year but we didn’t entirely know what to expect.”

That’s ahead of Spalding’s visit to Paradise Field this Saturday at 1pm.

Oldfield said of the game: “We’re looking forward to it.

“I know there’s been a change of captain but I’m interested to see how they line up and what they bring.”

Long Sutton’s Sunday side also begin their season this weekend in the Rutland League. They host Ketton Sports on Sunday (12.30pm start) in the opening fixture of Division Three.