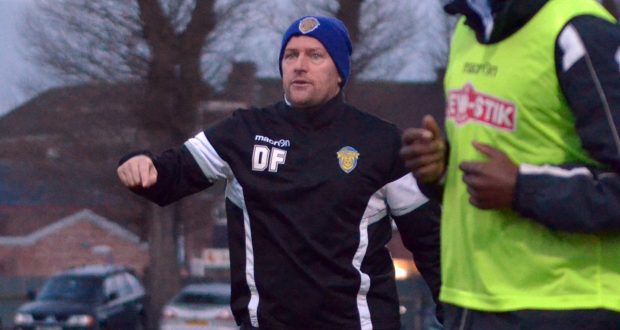 The Tulips trailed 2-1 at half time despite Leon Mettam’s first goal for the club (34), with Jordan Wilson (28) and Kevin Lusamba (45) the home scorers at The Bill Stokeld Stadium.

The returning Cenk Acar then rattled the post for the Tulips, before Kieran Walker buried a winner for the Millers deep into stoppage time.

Frecklington admitted that four or five of his players had an off day and accepted that leaders Shaw Lane are now out of his side’s reach.

The Tulips chief also told his team not to “waste” their excellent season and ensure that they do enough to secure a play-off place.

“The title is gone,” said a downbeat Frecklington. “Shaw Lane have lost once all season – they’d go to Carlton and win 6-0.

“We didn’t seem to have that motivation. Four or five of the lads had off days.

“You can carry one or two, but four or five is too many.

“It’s deeply disappointing, especially as we got it back to 3-3. But, if I’m honest, we never looked like winning the game.

“Nathan Stainfield was exceptional and did his best to haul his team to the win – even scoring an absolute ‘worldie’.

“We now need to regroup and focus on getting into the play-offs. We’ve had a great season and it’d be a real shame to waste it.

“Shaw Lane are perhaps in their second season at giving the title a good go, while we’re in our first.

“There’s plenty still to play for, but we’re certainly out of the title race now.” 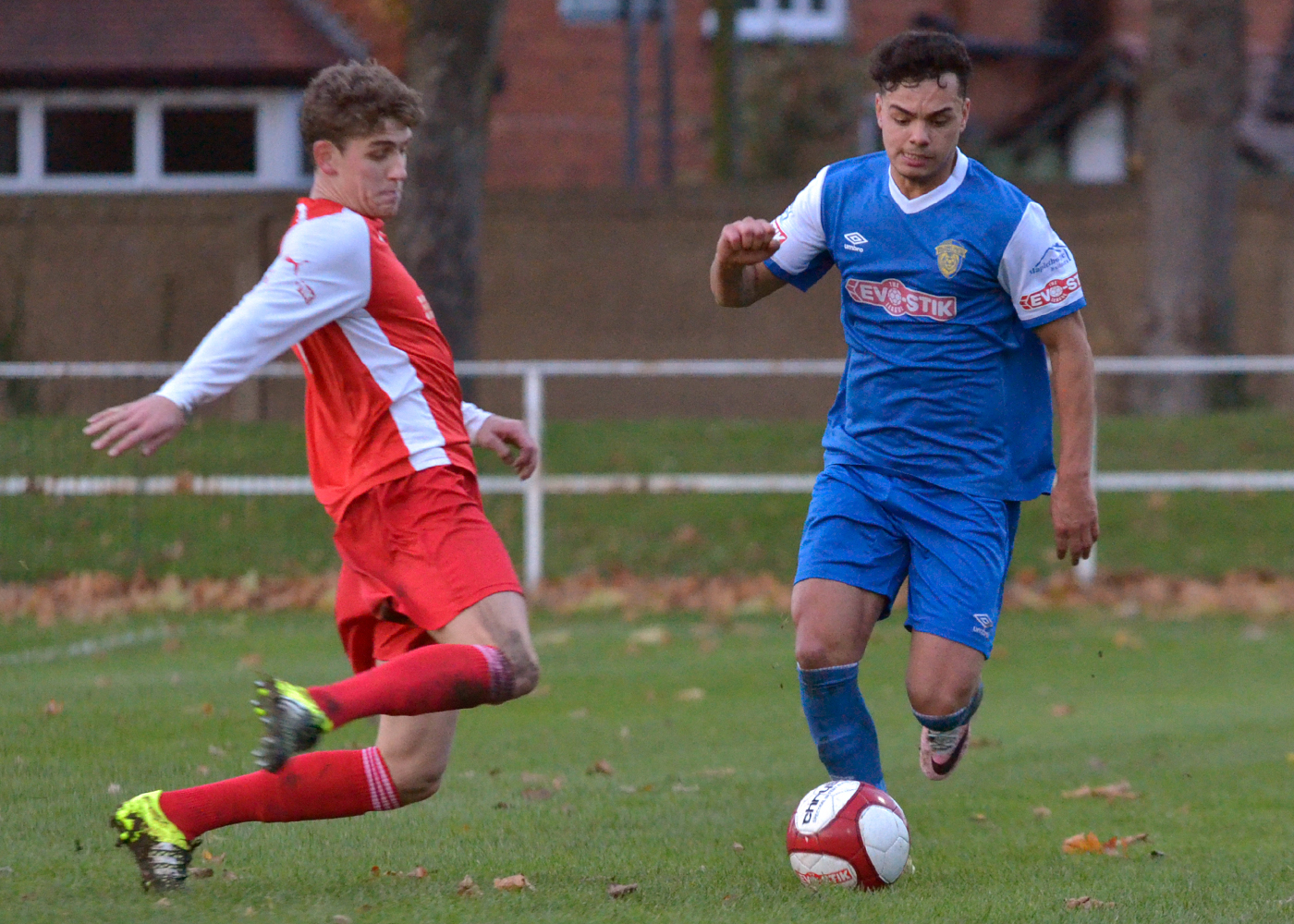 BACK IN BLUE: Cenk Acar set up a goal for the Tulips after returning on a loan deal. Photo by JAKE WHITELEY

Jordan Lemon twice went close for the Tulips early on, seeing one effort deflected wide and blazing another effort over.

However, Carlton took the lead when Elliott fired a deflected 25-yard drive past the returning Michael Duggan.

Spalding soon levelled, however, with Acar – making his return to the team after agreeing another loan from Lincoln City – teeing up Mettam for his first goal since arriving at the Sir Halley.

Mettam then saw a penalty appeal waved away before Lusamba fired the hosts ahead on the stroke of half time.

Skipper Stainfield saw a headed effort saved as Spalding pushed for a leveller after the break, but Carlton added a third when Gordon fired home a cracking lef-footed strike on 74 minutes.

That sparked an impressive Spalding fightback, as Mettam bagged his second of the night seconds later, finishing off a rebound.

Amazingly, Stainfield then curled a sensational effort into the top corner two minutes later to level the scores at 3-3.

Acar saw a cross-cum-shot hit the post and Stainfield nodded over as the Tulips pushed for a winner – but they were stung by Walker’s strike in the final minute of added time.

The loss leaves Spalding second in the table, but they are now six points off leaders Shaw Lane having played four games more.

Third-placed Witton Albion are also just a point behind the Tulips with five games in hand, while AFC Rushden and Diamonds in fourth are five points off Frecklington’s side with two games in hand.

Boss Frecklington knows that nothing but three points will do for his side, with a trip to leaders Shaw Lane AFC on the horizon for the Tulips the following weekend.

The Tulips won the reverse fixture 2-1 back in October thanks to goals from Acar and Wells.

The suspended Neal Spafford misses out again for Spalding.