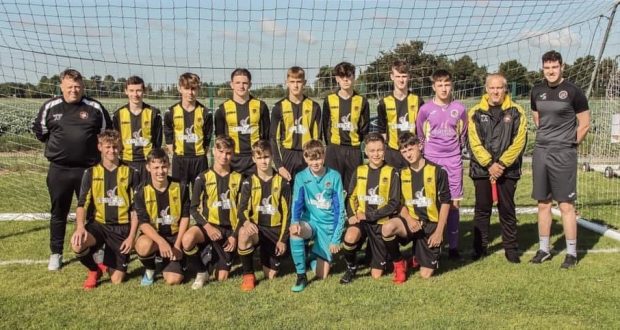 Holbeach United’s youth set up has received a grant of over £40,000 to improve its football pitches as it continues to grow.

The Holbeach United Community Sports Academy has been given the grant by the Football Foundation as part of its Grass Pitch Improvement Programme.

It aims to improve the quality of the pitches at the Pennyhill Road base which caters for over 330 young players from under-7s to under-18s as well as over 40 younger ‘Tiny Tigers’.

The academy chairman Andy Ferguson said: “Our pitches are not the best, but they’re still probably the best in the area.

“Like everyone around here, we suffer with the soil containing a lot of clay which makes the pitches difficult to drain when it rains.

“There’s nothing more awful than seeing the young kids’ faces drop when you tell them they can’t play football because the pitch is water-logged.

“We spent £1,500 last year on overseeding which wasn’t successful so one of the top county groundsmen came down and had a look and we’ve put together a plan to make the pitches better.

“We’re hoping to be able to navigate round that problem and provide more games and teams for the community.

“It’s important as we’ve grown in the last few years and we continue to grow.

“We’re also looking to expand our current home to provide more pitches for the youngsters.”

The idea behind the grant is that the £40,063 will be spread over a six-year period with Holbeach themselves paying more each year to keep the pitches in top condition for the hundreds of youngsters in the community who use it.

In total the club themselves will be putting in around £20,000 over the years the scheme covers.

Like all sports clubs, the current pandemic situation has led to less income coming in to the academy, but Andy says the club is well prepared and is hopeful some of its big money making events scheduled for later in the year will still be able to go ahead.

He said: “We try to run it like a business, albeit one with no employees as we’re all volunteers.

“We’ve lost income from classes we hosted not taking place and we still have outgoings such as council tax and grass cutting.

“But we do still have subscriptions and there are things going on in the background as we look for further support from various organisations. 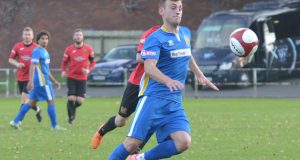