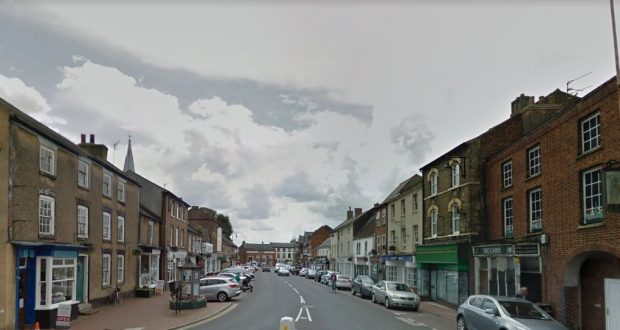 Flouting town’s rules could cost you £50

Fines of £50 could be imposed for unauthorised parking and out of control dogs in Long Sutton.

The parish council has established that legally it can impose a fine under bylaws for both unauthorised parking and not having dogs under control.

A new security company has been employed by the council in a bid to crack down on vandalism, particularly in the Cinder Ash Park area.

Council chairman John Clarey said it was a ‘shame’ that members had been forced to spend money on a security firm.

There was a further spate of vandalism at the weekend when one of the park benches was uprooted overnight Friday into Saturday.

Last year the council received several letters of complaint about young people in the park causing damage and ‘intimidating’ families.

A recent meeting of the council heard that the new security company, Norwich-based Phoenix, would be patrolling the area at different times in a bid to deter vandals. The company started work at the end of April and the new service also included monitoring CCTV footage.

There had also been problems with car parking issues at Cinder Ash.

“I think that having the presence of the new security company will deter people,” said Coun Clarey.

“I would prefer that we paid more in our police precept to get more of them to do the job rather than pay for security ourselves.

“I think it’s a national problem and I don’t think we are the only ones jumping up and down about it,” he added.

The long lockdown didn’t help the situation and Mr Clarey said parents also had to take some responsibility for what was happening.

Vandalism at Cinder Ash Park has been going on for a long time, particularly at weekends, and all information will be passed to the police.

In other news from Long Sutton Parish Council:

* New speed signs are ready to be erected along with the parish council speed reactor signs and the Long Sutton Parish Council Speed Watch initiative will be up and running again when restrictions allow.
If any residents wish to volunteer they can contact the parish council.

* The council is pleased that for the third consecutive year they have met the costs of the garden waste collections in Spring Gardens which has been very well received.

* The council continues to liaise with police and South Holland District Council and hopes to progress further its requests for CCTV provision in the district council’s West Street car parks, Open Space Orders for the parks and Market Place and for the district council to adopt the Community Infrastructure Levy, replacing the S106 Funding with regard to future planning applications.

If SHDC adopts the scheme, which operates in other districts and boroughs such as West Norfolk, funding can be paid directly to parish councils by the developer before any building commences instead of S106 funds being mostly unobtainable by parish councils.

Such a change would give additional funding for the parish council to use in the town which could be used for such projects as providing state-of-the art CCTV in the town centre and more amenities in parks and for the community.

* Normal council meetings will resume shortly when COVID-19 restrictions are eased further following the Government’s decision to repeal the law which allowed virtual meetings and will in future revert to physical meetings.