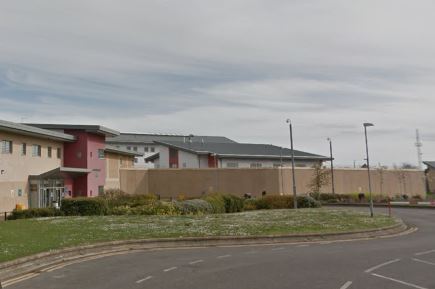 A Fleet woman found with a mobile phone and charger on her while in prison for robbery was suspected to be arranging drug deals.

Danielle Brown, who was released from HMP Peterborough on licence last month, produced the equipment from her bra as prison officers were about to start a body search.

Peterborough Magistrates’ Court heard it happened on August 29, 2019 – shortly after Brown had started a 48-month sentence for robbery. The delay in the matter coming to court was said to be due to the prison deciding whether to deal with the matter internally.

It was thought that Brown, 28, had been using the “burner” phone (a small, older, non-smartphone type) to deal drugs but she claimed in court that she used it to speak to her mother.

Brown, of Washway Road, Fleet, pleaded guilty to having the phone in prison without authority.

Prosecutor Micaila Williams said prison staff went to her cell at 6.30am to conduct a search. “Officers have a report that there is some suggestion the defendant is involved with illicit drug dealing in prison,” she said.

Nothing was found initially but Brown then gave up the device and charger. A note ripped up in the bin suggested the phone was being used by her and her former cellmate.

Miss Williams added: “These offences are always dealt with very seriously by the police and courts – they will not be brushed under the carpet.”

Damian Willatt, mitigating, said there was no evidence to the required standard of any drug dealing and the “substantial” delay in bringing the matter to court should be taken into account.

He added: “She says the phone was shared between her and the previous cellmate and she used it to call her mother on a couple of occasions. She shouldn’t have done and it was because her credit with the prison’s phone system had been used up.”

Brown was given six months’ custody, suspended for one year and ordered to pay £122 victim surcharge.

An order was made for the forfeiture and destruction of the phone and charger.