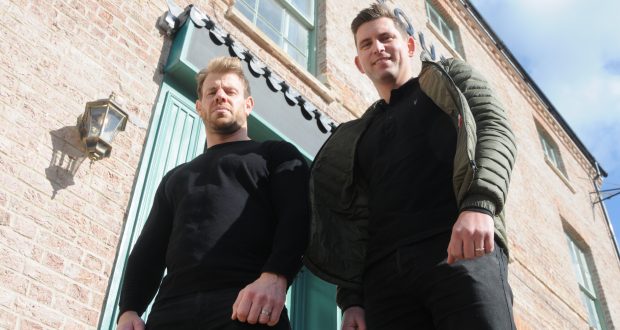 Rob Bridgewater and Jamie Sandford outside The Chequers.

Finishing touches being put to The Chequers

The finishing touches are being put in to bring a historic Holbeach pub back into use.

The Chequers has been completely renovated by Rob Bridgewater and Jamie Sandford, of API Limited, in a £1.5m project.

The pair are finishing the inside of the bar area after previously completing the 15 flats above it.

They’re now looking for someone to run the establishment.

It’s been a huge project for the pair who bought the building in January 2019.

Rob said: “It is now ready for a new landlord to come in with a great opportunity and the right vision to make a success of what was once a thriving establishment.

“We wanted to involve the local community on some of the decisions and set up a Facebook page where we offered a vote on keeping the external render and then to paint it or whether to take it back to its original brick.

“Locals have been active throughout the project with kind words and encouragement as they have walked past and mostly all positive feedback.

“The 15 apartments were completed in January of this year and we were so pleased with both the interest and the kind words to the quality of the finish.

“Jamie also owns a local lettings agent, Property Panda, which manages the property and we were able to rent all of the apartments out successfully even throughout these unprecedented times.

“The pub has the added benefit of being free of any tie giving the new landlord the choice of food and drink they offer. For anyone interested the pub is being advertised through P&F Commercial and can be found on Rightmove.

“We are now also in talks with the council and awaiting news on government grants to utilise the car park in a better way for the local community to give the town a new lease of life with new business opportunities and bringing people together again.”

In the past few months they’ve turned the former Lincolnshire Free Press offices in Spalding into office space and four apartments and they they’ve also rejuvenated The Bell in Holbeach, two doors down from The Chequers, which has become Petite Street children’s role play centre.

“The change from the former building is huge and it’s only when you stop and step back to look at what it used to be like can we see how the town’s High Street is slowly improving of which we are proud and humbled to be a part of,” Rob said.

Their next project is the former care home Adderley House in Long Sutton.
Rob said: “Again, what was once a beautiful building has sat empty in the town for quite some time. We put in planning to convert the building into a mix of ten self contained apartments and work commenced in August.

“We have also purchased the adjacent barn which we hope to convert into two cottages.” 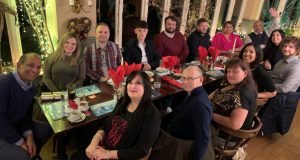 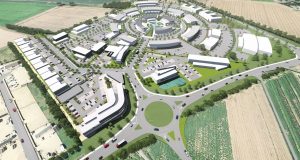 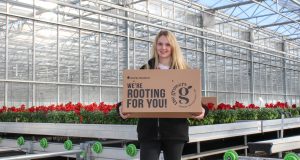