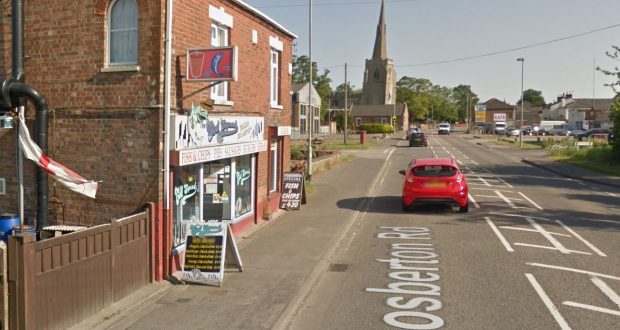 The Cod Squad as seen on Google Street View.

Fined for stealing cooking oil from fish and chip shop

Nencho Borisov, 37, and Krastyo Asenov, 35, both from Wood End in London, admitted stealing £50
worth of cooking oil from The Cod Squad in Surfleet on April 2.

The Boston Magistrates Court heard that police found the two men in a Mercedes van with the cooking oil as they drove to the scene of the theft at 5.30am and they were arrested.

Both men were said to have previous convictions for theft.

They were each fined £400 and ordered to pay £25 each compensation to the chip shop and a total of
£125 in court costs and charges.