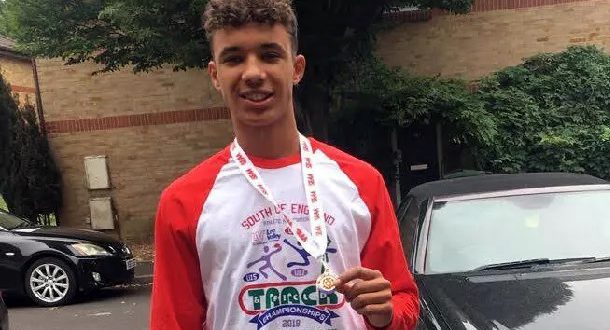 Nene Valley Harriers’ athletes made a massive contribution to the success of the Cambridgeshire and Lincolnshire teams in the Anglian Schools Cross Country Championships.

With Suffolk, Norfolk and Northamptonshire also competing at Abingdon Park (Northampton), the Cambridgeshire team won an unprecedented five out of the eight age groups, while Lincolnshire came out on top in the intermediate girls’ race.

Molly Peel led the winning Lincolnshire girls home with a fourth place finish, while Flo Brill was close behind in seventh.

The Cambridgeshire team finished third, and were indebted to the Nene Valley pair of Ella Robinson (15th) Katie Tasker (20th).

Owen Wilkinson finished fifth in the intermediate boys event, and was the second runner home in the winning Cambridgeshire team.

Nene Valley supplied the first two Lincolnshire athletes in the minor girls’ race too, with Eliza Mardon (third) the highest-placed Harrier at the meeting. Isla Fullock-Holmes came in 18th.

Cambridgeshire easily won the overall crown, and several Nene Valley athletes will now go on to represent their county in the English Schools Cross Country Championship.

Joe Purbrick took silver behind him.

Will Kong had previously only competed in one indoor 400m, but ran an impressive 52.06secs to take gold in the under-15 race.

The lanky Latvian, who splits his time between bases in Peterborough and Costa Brava, was third man home for the La Sansi club. La Sansi achieved their third successive win in the 100th annual running of the race.

The pacey Pactrac runner slipped and slid round the frozen five mile course to win in a time of 27.04mins.

Werrington veteran Paul Halford came in 13th with a time of 30.09mins, with Bushfield Jogger Scott Meadows three places further back in 30.20mins.

Nene Valley came second behind Hunts AC in the junior race, positions which are echoed in the overall standings.

Cambridge and Coleridge’s Callum Molloy won the race in a time of 8.24mins, with Sam Staines of Nene Valley three seconds back in second place.

Chelsie Bole, of Nene Valley, was the first girl over the line in 9.54mins. Runner–up, Pactrac’s Elizabeth Eames, clocked 10.04mins.