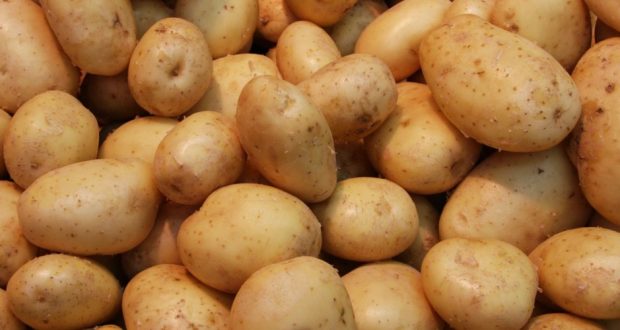 It’s not just South Holland residents who have been feeling the heat in recent weeks.

While sales of fans have shot up and everyone is heading for the shade, spare a thought for the humble potato.

A staple of our agricultural economy as well as our dinner tables, the crop is suffering in the heat and the next few days could be telling.

There are already fears over quality and yield of this year’s crop, but a prolonged spell of hot weather is the last thing the industry needed.

After a long, freezing and wet winter, the soil is now parched and irrigating in this part of the world is no help, unless you have your own reservoir.

“I have seen some that have been planted early looking dreadful along with others looking okay,” said commercial director at Nene Potatoes Simon Brown.

“You can’t irrigate here because the water is saline so it will kill the crops. So you need your own reservoir to irrigate,” he added.

But unless rain falls very heavily soon there could be real problems with the development of the crop which could lead to issues further down the line.

“We are expecting this weather to affect both quality and yield for the crop.”

Mr Brown said the last long spell of similar weather he could remember was 2006 as well as the long, hot summer of 1976.

Stafford Proctor of Proctor Brothers in Sutton Bridge, said the weather has been bad news for spring planted crops, including sugar beet and potatoes.

He said they still have a lot of growing to do as they were planted late due our cold, wet spring (remember the Beast From The East?).

They finally planted in May and now we have not had rain for six weeks. “I’m sure yields are going to be down,” he said.

But a shortage is currently off the table, as last year’s harvest is still available.

“It’s lovely to have new potatoes as a treat but there’s plenty of locally grown potatoes from last autumn around,” he said.

“I don’t think there’ll be a shortage,” he said. “Keep buying the old crop as long as possible.”

Lincolnshire grows around 30 per cent of the potatoes in the UK and the crop is an important aspect of the rural economy.