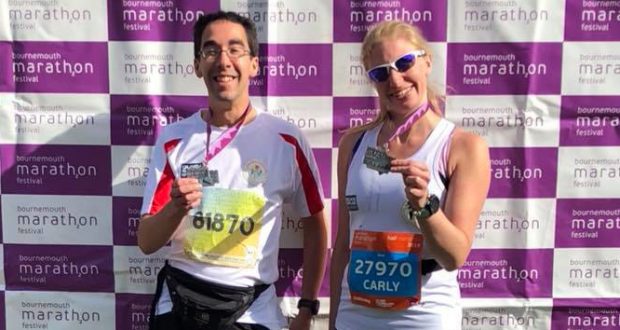 Winners on the day were Dominic Moszkal (33.12mins) and Beckie Dawson (42.30mins), while the Harriers were well represented by 18 of their own athletes.

That included Sue Booth in what was her first-ever 10k run. She was awarded the club’s runner of the month prize days later.

Halmer Harrier and race director Colin Crump said: “The feedback was great from the other runners, including ‘the organisation was perfect’ and ‘the marshals were fantastic and very enthusiastic’.

Wilkinson set a new PB of 29.33 in Saturday’s 5k, before finishing her first-ever half-marathon in 2.19.51hrs on Sunday.

That’s three more marathons ticked off her list, but she described the run down from Padstow to Land’s End as the most challenging so far – including one mile that was so

rocky it took her 29 minutes.