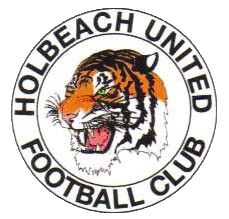 Holbeach United have tonight (Thursday) revealed that Gary Frost will be their new manager.

The former Boston Town and Wyberton chief saw off the competition of six other applicants to land the role at Carter’s Park.

He replaces the outgoing Phil Barnes in the Tigers hot-seat after he resigned last week – although Barnes and Dean Elston will take charge of Saturday’s home game against Melton Town.

Holbeach chairman Des Ford admitted that Frost’s experience as a Uhlsport UCL Premier Division manager with Boston Town was key to his appointment.

“We’re pleased to be able to announce that Gary Frost will be our new manager, said Ford. “We had seven applications and whittled it down to two, but given our situation in the league we felt we needed somebody with experience of the division.

“Gary has a track record in the UCL and that made the difference for us.

“Obviously we don’t want to be relegated, but we’re also keen to see the club’s younger players given a chance to play too.

“Gary is looking to bring him some of his own players to work alongside them, given that we’ve lost of lot of our more experienced players in recent months.

“He’ll take charge on Monday and we’re looking forward to him getting started.”

Frost inherits a Holbeach side that are winless in the 11 games this season and that sits in the bottom two of the Uhlsport UCL Premier Division North.