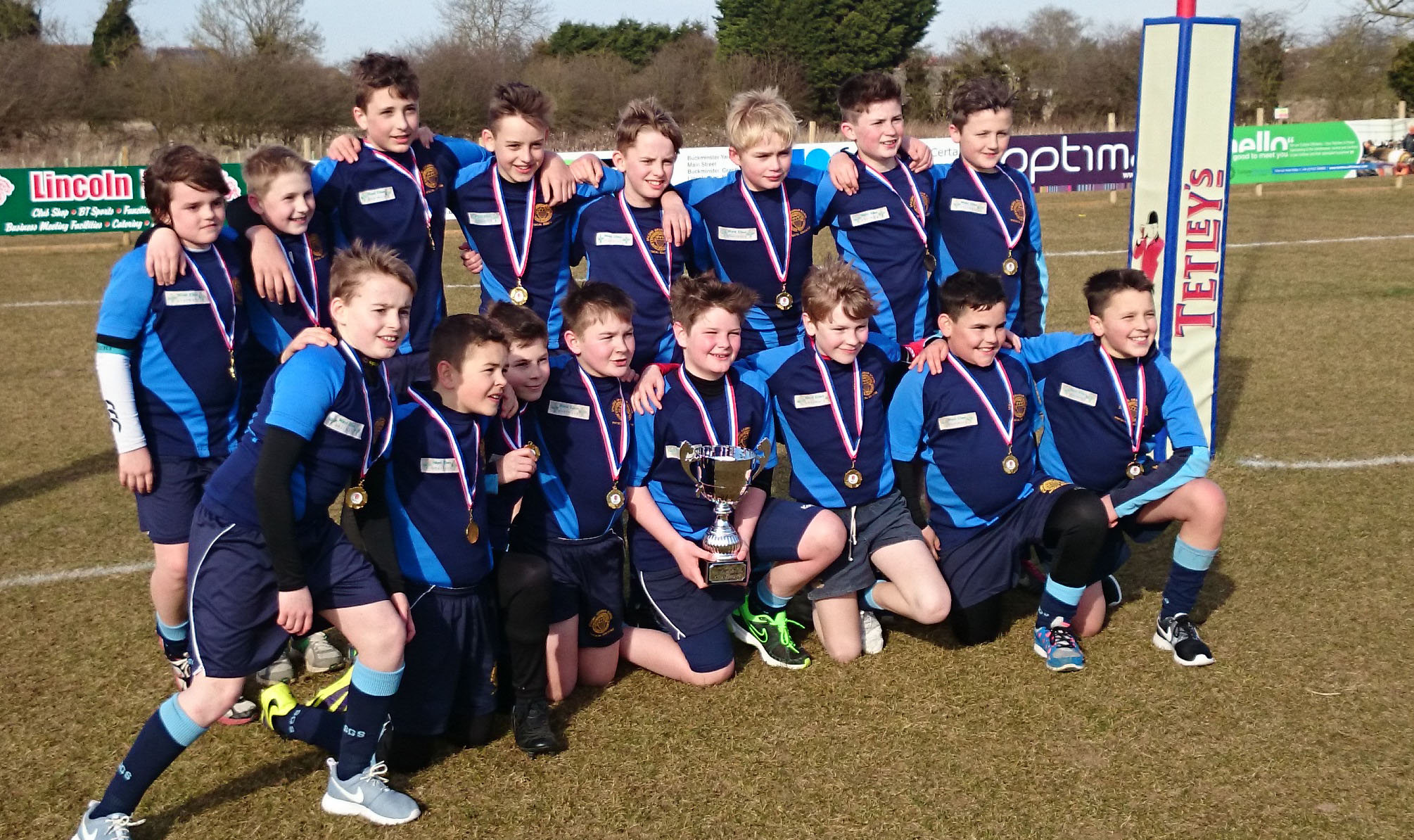 One of 12 teams at the competition, Spalding (SGS) were drawn in Pool A – and progressed relatively comfortably.

Victories against Havelock, Priory LSST and Cordeaux all built momentum, with the biggest challenge of the group a pointless draw against QEHS.

The final pool game required SGS to score numerous tries in order to guarantee topping the pool – and they did just that, scoring six tries against Middlecott.

The semi-final saw a draw against a tough Tollbar side. SGS coaches Mr Endersbee and Mr Simpson prepared the team by getting them to focus mentally for the step up in class they were about to face – and it seemed to work wonders.

The lads dominated every breakdown to hold back Tollbar and create chances themselves, winning by four tries to none to progress to the final.

The final against Carres Grammar School saw a continuation of the positive attitude shown in the semi-final, and with much of the game being played in the Carres third, Spalding looked comfortable at one try up.

However, against the run of play Carres broke through to score which spurred SGS to dig in once again to claw back the lead, before a third was added with just two minutes to go.

Another late Carres break saw another try scored to close the gap, before an epic four-minute last play saw SGS protect their precious 3-2 lead to be named champions.