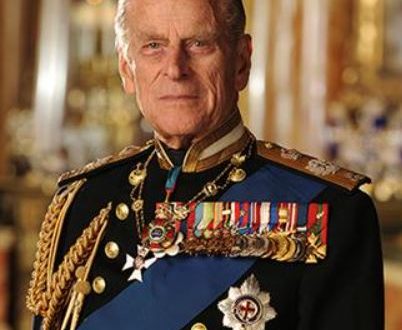 A South Holland teacher has told how Prince Philip was instrumental in helping to save his daughter’s life.

Jason Martindale learned vital first aid skills while on a Duke of Edinburgh Awards Scheme and he later used them to save his own daughter.

“The Duke of Edinburgh’s Award has been the best thing that I have been involved in,” he said.

Writing in the South Holland District Council’s Book of Condolence, Mr Martindale said: “How can I thank you for such a thing?”

The head of Design Technology at Spalding High School is also chairman of the South Holland Duke of Edinburgh Awards Scheme.

He said that his daughter choked during a meal around Christmas 2018 at the Kent home of his in-laws.

“She was choking and my wife was patting her on the back. But it was worse than that so I had to do the full-on Heimlich Manoeuvre which I would never have known without the Duke of Edinburgh Awards,” he said.

The fact he was able to save his daughter’s life is something he will always attribute to Prince Philip and said the awards were a tremendous legacy.

His daughter has gone on to work towards her Duke of Edinburgh Gold Award and is waiting to complete the expedition element when restrictions ease fully.

Mr Martindale has been chairman of South Holland Duke of Edinburgh Awards for seven years.

“I didn’t do it at school – I thought it was for more adventurous kids – but I did it when I was training to be a teacher,” he said.

Taking part in the scheme means he has seen students flourish and develop a range of skills to help them in later life.

“Witnessing so many young people defeat their barriers and go on to become truly successful in their lives has been a privilege,” he said.

The district council’s condolence book was opened officially online on Friday for residents to leave their messages.

Council leader Lord Gary Porter was one of the first to sign the book.

“Prince Philip has been a hugely significant figure in our society for many decades and he leaves a tremendous lasting legacy for our nation to inherit,” he wrote.

“A true inspiration who will remain in the memory of so many people after they were part of the wonderful Duke of Edinburgh Awards, which made such positive impacts on their lives for ever,” said Coun Tracey Carter.

“We have total admiration for the Duke who was a war hero and a man of military standing. An ambassador to young people from all over the world.

“We salute you, Sir, for the great things you have achieved during your remarkable life,” wrote Coun Rodney Grocock.

The ceremonial funeral for Prince Philip will be held at St George’s Chapel, Windsor, at 3pm on Saturday when a minute’s silence will be held nationwide.

The country’s period of mourning will end after the funeral. Only the royal family will observe two weeks of mourning.

The family has asked members of the public not to attend funeral events or to leave flowers at royal residences.