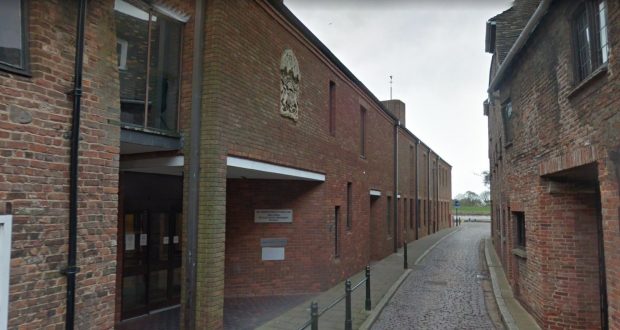 A police pursuit of a Holbeach driver ended when her car crashed into a boat.

But Charlotte Jade Watson and her passenger escaped a soaking too – it was in landlocked Sutton Road, Walpole Cross Keys.

It emerged that Watson was drug-driving and without a full licence.

Police had concerns and started following Watson after she passed them on the A17 at Sutton Bridge on June 14, 2020.

The VW Polo outran the police vehicle, magistrates in King’s Lynn were told on Thursday.

“They initially caught up with it but it got away from them,” said prosecutor Denise Holland.

However, the officers soon came across the stricken car, which had careered through a hedge and hit a boat.

Watson had to be helped out of the vehicle.

She failed a roadside drug wipe, later giving an evidential reading of 91 micrograms of a cocaine metabolite per litre of blood. The prescribed limit is 50.

In police interview, Watson, who had a provisional licence and no L plates, didn’t know her passenger was only 16.

“She said she didn’t realise the – in her words – blues and twos were on. She panicked and it was fight or flight,” added Mrs Holland.

Unemployed Watson, of Spalding Road, pleaded guilty to drug-driving, driving without due care and attention and driving otherwise than in accordance with a licence.

In mitigation, she said she had taken cocaine the day before the offences – her 25th birthday – and didn’t realise it would still be in her system.

She was disqualified from driving for 12 months, fined £200 and ordered to pay £34 victim surcharge.