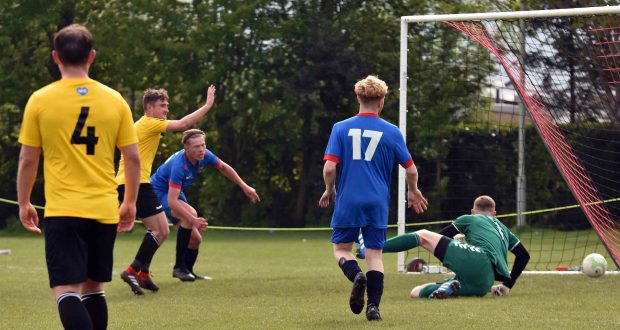 Pinchbeck United have revealed their pre-season plans ahead of their 2021/22 campaign in the Uhlsport UCL Premier Division North.

The Knights will be looking for vast improvement in what will be Lewis Thorogood’s first full season as boss, having failed to win a competitive fixture in any competition last time out.

However, back-to-back friendly wins at the end of the campaign did show that ex-Spalding United chief Thorogood has things moving in the right direction ahead of the new season.

The Knights will kick off their pre-season preparations with a home game against Lincoln United DS at Knight Street on June 23 (7.15pm), before another home test against Huntingdon Town the following Saturday (2pm).

It’s a 3pm kick-off for Pinchbeck when they welcome Ketton to Knight Street on July 3, followed by an away test at Newark Town on July 10 (also 3pm).

They are back on home soil when Holwell Sports travel to Knight Street on July 14 (7.15pm), then an away fixture at Swaffham Town the following Saturday (3pm) next.