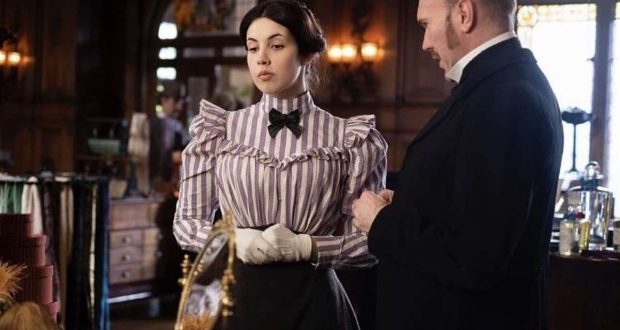 Domenique Fragale pictured in The Nevers.

A Spalding actor says her family including her beloved ‘Nonno’ provided inspiration as she was cast in a big budget American TV show that’s hitting British screens next Monday (May 17).

Domenique Fragale is staring alongside the likes of Laura Donnelly, Ann Skelly and Nick Frost in the HBO show The Nevers.

It’s already attracted 1.4m viewers in America and the first of six episodes of season one starts on Sky Atlantic next week.

Domenique plays Elisabetti (Beth) Cassini, an Italian Immigrant who in 1899 is blessed with special powers after witnessing a celestial event.

‘The Touched’ as they’re known are being spurned from much of the rest of society after three years working out their differing powers.

“It’s so exciting,” says Domenique. “I auditioned for it in November 2019 and filming started in January 2020. It seems an age ago.

“The project itself was all kept under wraps and I’ve not even been allowed to talk about it until now.

“I got a call from my agent saying Nina Gold would like to audition me for a quite a secretive project.

“It was very scary and exciting at the same time.

“I have separate scenes in English and Italian and though I’m fluent in Italian, it’s not something I’ve performed in before.”

The role has proven to be extra special for Domenique.

It’s the 27-year-old former Miss England runner-up’s highest profile acting role to date but given her character coming in to the UK as an Italian immigrant, it’s also allowed her to gain inspiration from her own family, especially her grandparents Mario and Gemella Fragale.

Mario, who passed away in 2019, aged 85, came to South Holland aged 19 and was well known in the town for setting up Domenic’s Ice Cream parlour in the town.

Domenique says she channelled who she calls Nonno and Nonna and their experiences as immigrants.

“Beth’s quite an incredible character and I knew straight away I’d give anything to play it,” continued Domenique. “She has this superpower of levitation but she doesn’t understand it and tries to keep it to herself. People see her as a complete weirdo.

“She came over to London for a better life.

“She doesn’t have many friends, struggles with the language.

“With being Italian my family went through all that and being a chance to express everything that they had to go through in this roll feels very special.

“My grandparents arrived in England over 50 years ago and they were incredible people.

“I really wish my Nonno was here to see me play an Italian immigrant and especially to see me speak on screen the language he spoke when he came to this country.

The second half of the first season is due later this year, there’s talk of a second season of The Nevers and Domenique is working on other projects.

That’s on top of Domenique hosting a BBC Radio Lincolnshire show on Wednesday and Thursday evenings.

She’s also looking forward to others seeing The Nevers.

“There’s something there for everyone. It’s got elements of period drama, science fiction and horror,” she says.

“Working with HBO has been incredible and it’s also been really exciting to work on with a strongly female production.” 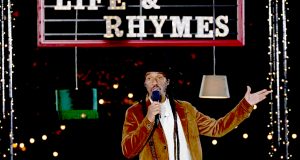 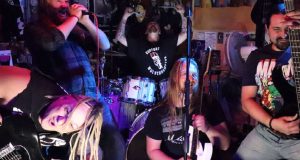 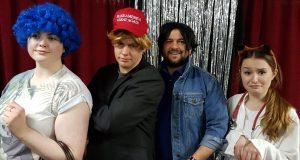