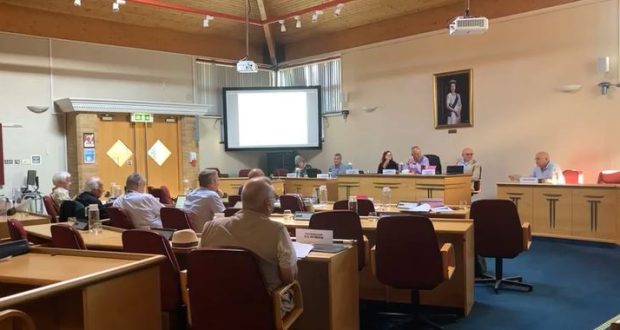 A local developer has been told it can’t reduce the number of affordable homes on its more than half built Holbeach site amid worries it would ‘open the floodgates’ to similar applications.

Loosegate Developments is building 77 homes off Wignall’s Gate, 19 of which (25 per cent) are designated as affordable homes.

It applied to South Holland District Council to lower the number of affordable homes by eight due to soaring costs.

The authority’s Planning Committee heard that as of the end of April, 45 homes had been completed including 11 affordables, but an independent viability study commissioned by the council argued the development would still provide a profit for the developer even with the full affordable allocation.

The survey states: “Based on our findings a reduction in the number of affordable units and S106 contributions would simply serve to ‘boost’’ the projected developer return.”

It continues: “Where a scheme has already commenced, the guidance is clear that there is no obligation for a viability review and furthermore viability cannot be used as a means of boosting a developer’s return.”

Loosegate director Des Ford told last night’s (Wednesday) meeting: “Costs for construction materials and utilities are 40 to 50 per cent more dearer than they were 12 to 18-months-ago.

“It was our intention to deliver a fully contributed scheme but increased costs mean the scheme will not now deliver the 20 per cent margin that’s accepted as viable.

“The council’s viability study alleges too much has been paid for the land but of course the land owner will not sell unless the price was right.”

Coun Jack Tyrrell was one of those who voted against refusal.

“I can understand the builder’s point of view,” he said, “He’s a big developer helping us to deliver our five year supply but if we’re not careful we’re not going to have these houses.”

Coun Roger Gambba-Jones responded: “You can’t take that approach in planning terms, it looks like favouritism if you’re not careful.

“If this was somebody who hadn’t built here before would there be a chance you wouldn’t follow it up and what if it’s someone you didn’t like?

“We’ve done everything we can to look at this carefully and the answer is, I’m sorry, it’s not acceptable.”

In response Coun Tyrrell then clarified he did not know Mr Ford.

Coun Simon Walsh told the meeting: “Surely if costs had gone down we wouldn’t be looking at an application to supply more affordable housing or contributions.

“It’s got to work both ways, some you win and some you lose, and they’re still set to make a profit.

Before the refusal was confirmed by the majority of councillors, committee chair James Avery said: “I think not going with officer’s recommendation of refusal would open the floodgates and reverse an awful lot of hard work this committee and the officers have achieved over the last few years.

“I accept it’s tough in the building trade and this is the second one of these I’ve seen in the past few weeks where the development has started and the developer has come back and said we can’t afford it.

“In terms of building costs and materials it’s on the passage of time which is why you can’t base everything on the here and now .

“That is why we use the viability study to get under the skin and make the best possible decision based on passage of time and the costs that relate to it.”