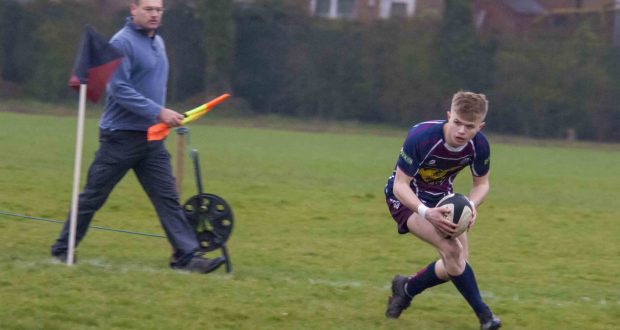 Spalding RFC were unable to build on a strong start as they were handed a 29-5 defeat at Dunstablians in their opening game of the Midlands Three East (South) season on Saturday.

Despite enjoying a strong pre-season and being full of optimism for the season, Town made the trip to Bedfordshire with a severely depleted squad due to injuries and unavailability.

With that in mind, Will Shields played at openside flanker instead of scrum-half, Jason Steels stepped up to play lock, Matt Heaton came in at front row and George Brown – who has played his rugby as a centre – featured at blind side flanker.

Also making a welcome return was Wilson Crowson at scrum half.

The backs, however had a familiar starting line up and within two minutes of the start the pace of fly-half Willis Ingleby saw him slice open Dunstablians defence for Spalding to open the scoring.

Both teams were looking to their backs to make breaks and within five minutes Dunstablians had their right winger over the try line.

With a successful conversion, they had the lead.

Unsurprisingly, Spalding’s pack came under pressure in the scrums with Harry Sharman’s experience at number eight being tested as he tidied up rather than Wilson Crowson, getting poor ball under pressure.

Spalding were enjoying their moments with Gav Sharman on the wing showing his pace and Dunstablians were also being tested by captain Dan Adams with his forceful runs at centre.

The turning point in the first half came when the Elephants lost possession in attack after 30 minutes and, with limited defensive cover, the hosts were in under the posts for a converted try.

Turning around at half time seven points adrift, Spalding were still in the game.

But the home forwards were gaining the edge both in the scrum and in open play, meaning Town were struggling as they steadily failed to manage their limited possession, resorting to rather aimless kicks downfield instead of gaining territory – allowing Dunstablians’ backs to open up with pace.

But it was not until the last quarter that the home team finally pulled away with a penalty kick, a penalty try as Spalding’s scrum went backwards, and a converted try in the final minute from a quickly-taken penalty.

The Elephants were not helped by many of the refereeing decisions in the second half, which seemed to be influenced by the home team, but they will have to learn to adapt rather than let it affect their concentration and their play.

The new league will be throwing up many new challenges for them, but with their group of players it should be an exciting ride this season.

This Saturday sees Town visit Notts Moderns in the first round of the RFU Cup (3pm).