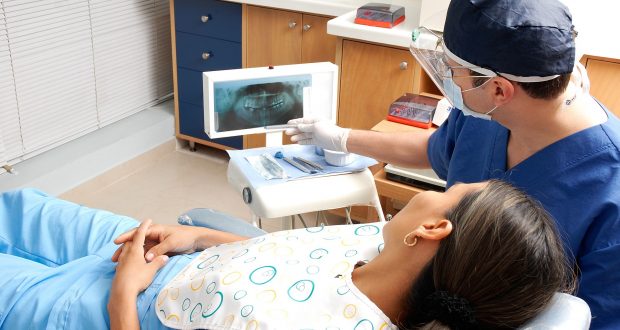 The lack of NHS dentistry is causing a generation of children in South Lincolnshire to grow up with little access to preventative care.

Instead they only see a dentist if there’s an emergency because many practices are not signing on patients at all and others have long waiting lists.

Healthwatch Lincolnshire, which champions healthcare for patients, said the issue had been getting worse even before the pandemic.

“NHS dentistry is one of the most significant issues raised with us over the last 18 months. We have seen a large increase in the volume of feedback and negative sentiment in our evidence,” said a spokesman.

“A patient contacted us and said ‘why are there no NHS dentists available? I’ve been trying to get registered for years now,’” he added.

In 12 months to the end of June 2021 there was a 68 per cent drop nationally in treatment given by NHS-funded dentists. And that figure may yet prove to be too high as it included patients who were ‘triaged’ but may not have been treated.

Lincolnshire’s regional figures show that only 40.6 per cent of adults had seen a dentist in the previous two years. More worryingly, less than a third of children – 31.1 per cent – saw a dentist in the past year and the situation is getting worse.

Lincolnshire has 38 dentists per 100,000, one of the lower figures, and Healthwatch is organising a virtual meeting to talk about the issue.

The whole way dentistry is delivered to patients needs reconsidering, according to Healthwatch, as the current system is clearly not working.

Nationally, statistics from the NHS show that the single biggest cause of hospitalisation for children aged five to nine is tooth decay.

Figures show that more than 70 per cent of contact from the public to Healthwatch is dentist-related.

Sir Robert Francis QC, chair of Healthwatch England, said: “We won’t build back a fairer service until access to NHS dentistry is equal and inclusive for everyone.

“Lack of access to dental care, particularly for children, is a hugely worrying issue that the NHS must tackle immediately.”added Sir Robert.

Chairman of the Lincolnshire Dental Committee, Kenneth Hume, said changes to employment legislation may add to the problems.

From the end of this year, dentists qualified in Europe will have to sit exams to practice here, as non-EU citizens.

But there is a huge backlog and it is also very difficult to recruit to rural areas.

“It’s an expensive, two-part exam to take and dentists coming from overseas are attracted to places with dental schools – there isn’t one in the East Midlands or East Anglia,” he said.

lAre you struggling to find a dentist? Email letters@spaldingvoice.co.uk