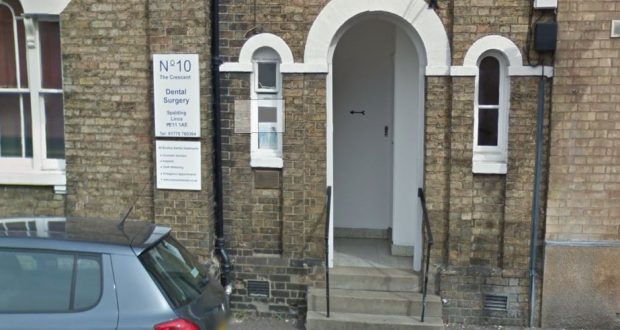 A Spalding dentist faces enforcement action after failing to adhere to regulations.

Roopesh Singh was told to undertake a schedule of work to ensure his practice was safe, effective and well-led after the November visit.

The practice was subject to a re-visit in March but was still not providing safe care in line with regulations.

The CQC is issuing enforcement action as a result of the second visit.

“We found that this practice was not providing safe care and was not complying with the relevant regulations. We have told the provider to take action,” says the report.

While some elements of previous recommendations had been carried out, there was a failure to make sufficient changes to several areas.

Among the list of problems identified in effective services were:

The report said that the ‘provider had not taken sufficient action to comply with the regulations when we inspected on March 4.”

In effective leadership, the CQC said there was evidence of some continuing professional development for the dentist, but care records were not robust or accurate.

“Evidence of treatment options discussed, treatment given or consent gained were still not recorded,” said the report.

Services were also not being well-led, said the inspection, as the practice was not complying with relevant regulations.

None of the policies or procedures had been updated or reviewed since the November inspection, and all stated their last review date as 2015.

The practice must comply with the relevant regulations and tell the CQC what action is being taken to do so.

Enforcement action relates specifically to assessing if services at the practice are well-led.