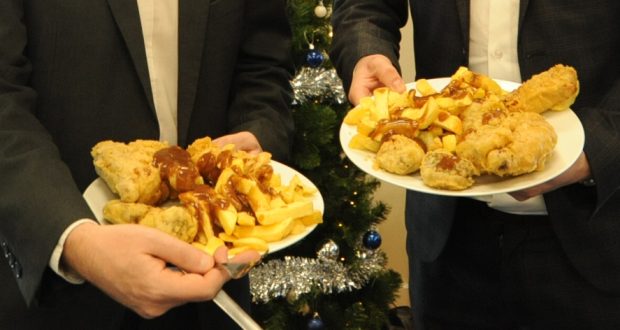 Deep-fried delights of a battered Christmas dinner from Spalding chippy

A Spalding chip shop is offering the chance to enjoy your Christmas meal completely battered without you even having to touch a drop of alcohol.

Oh My Cod on Alexandra Road has taken the unusual step of launching the Battered Christmas Dinner for the festive season.

It includes chicken, jumbo pigs in blankets, Brussels sprouts and stuffing, all of which are deep fat fried, as well as chips and gravy. 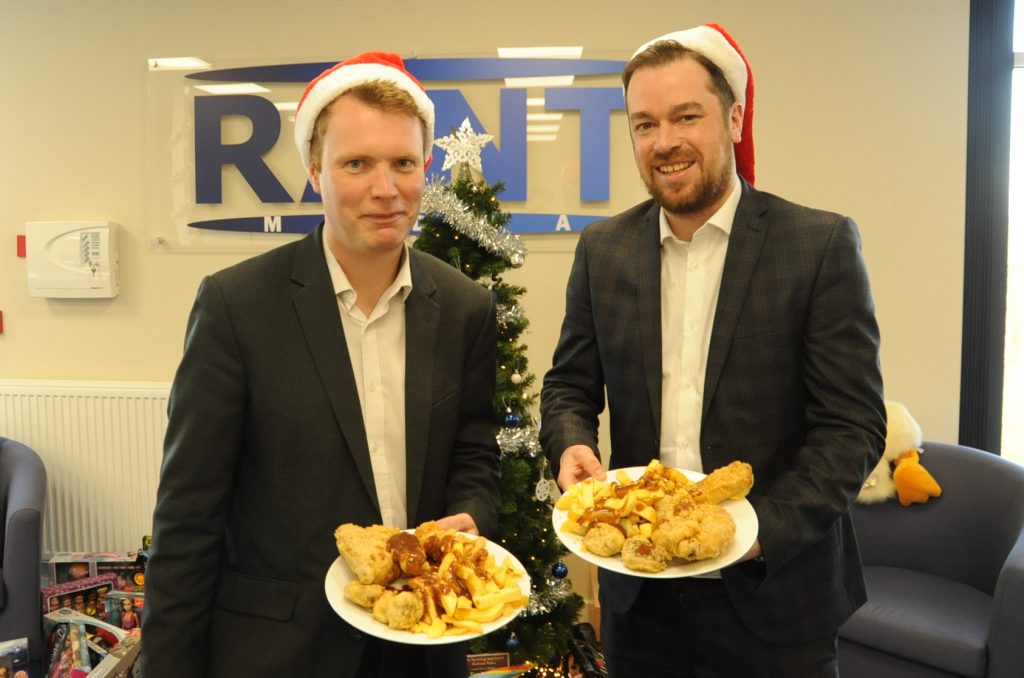 There’s even a pudding included for the £7.50 price – a battered mince pie.

Bill and Sandy Rai have owned Oh My Cod for seven years and been involved with chip shops for 16 years.

“Our customers kept tagging us in posts online of other places that have put it on, so we just went ahead and did it,” said Sandy. “We’ve been doing the deep fried mince pies for a couple of years, which have proved very popular and last year we introduced the jumbo pigs in blankets and people love those too.

“This year we just went all out.

“Everyone so far has said it’s really good. I wasn’t sure about the sprouts myself for a start as I don’t really like them anyway,“ Sandy said.

It was something the Spalding Voice had to try and we delved straight in to our battered banquet.

And it has to be said, for the most part it works surprisingly well.

The high quality of the products used is apparent right from the start, especially the sausage wrapped in bacon, which alongside the chicken is frequently seen battered anyway.

Picking through the chicken on the bones as well as the batter took time, and it does take away from the Christmas aspect that it’s not turkey, but it was well cooked.

By the time you get to your battered mince pie pudding though, it’s fair to say you’ve had enough of batter.

The mince pie filling itself is melt-in-the-middle delicious, and that’s from someone who doesn’t like them that much, but having batter on top of pastry was a little odd. 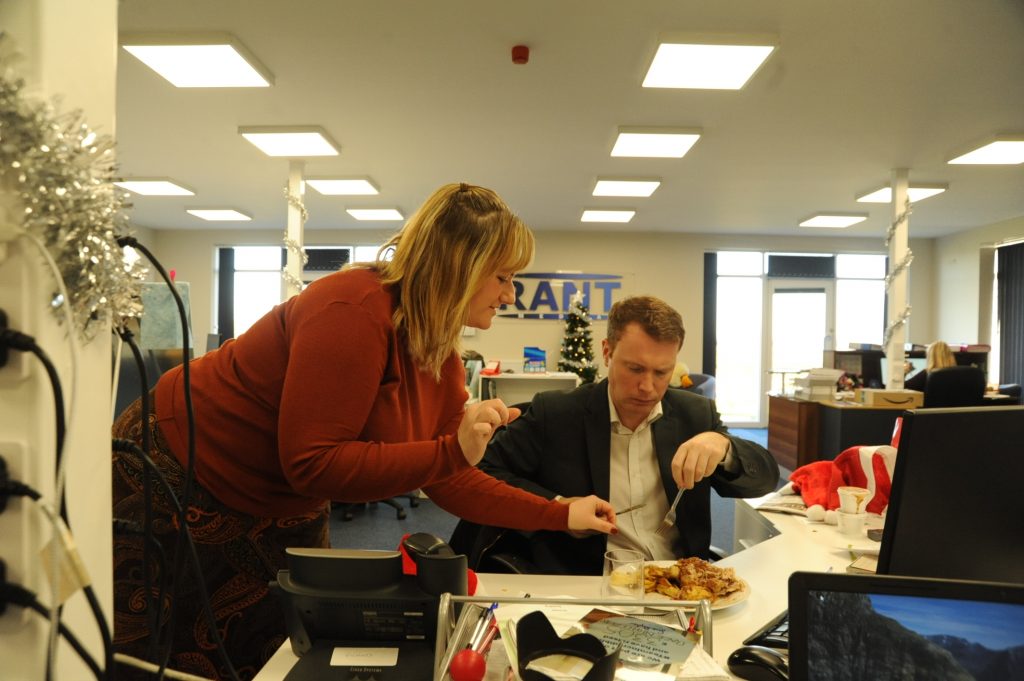 Other members of The Voice team, including Claire Sharpe, had a taste.

Overall it was quite enjoyable – but don’t buy me a deep fat fryer for Christmas.

You will definitely feel full afterwards, along with slightly ashamed of yourself and in need of a session at the gym.

By our calculation it’s around 1,500 calories, the vast majority of a person’s daily needs.

Oh My Cod is running the Christmas meal until it closes on Christmas Eve. If you don’t want the full festive shebang you can order one of the jumbo battered pigs in blankets for £2.50 or try the battered mince pie for 80p. 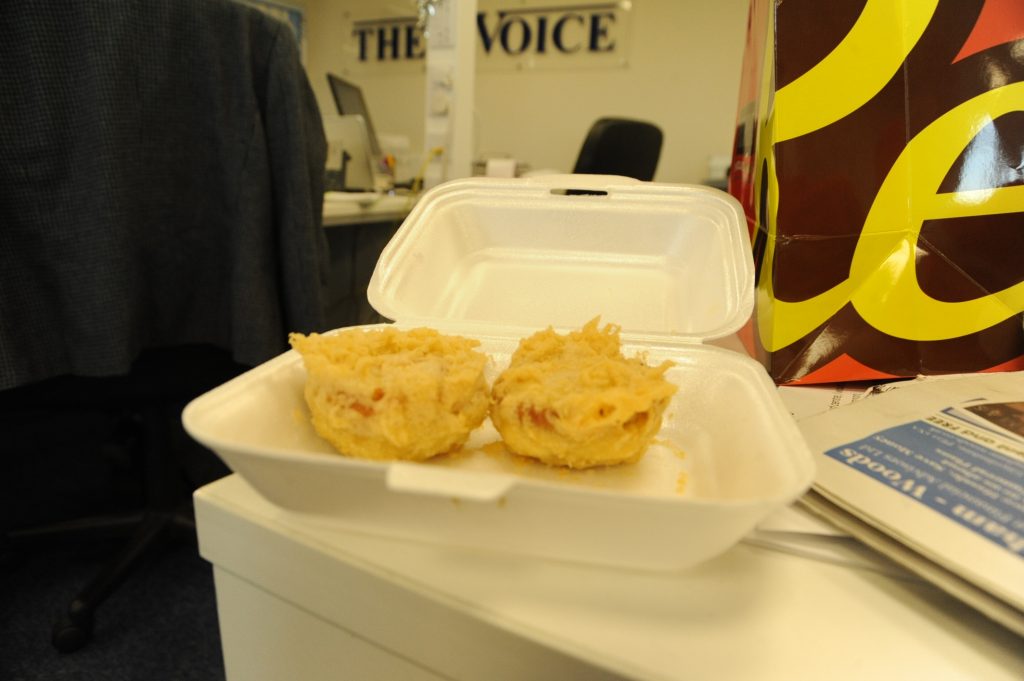 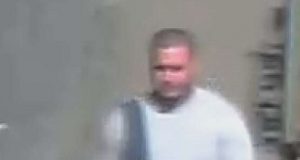