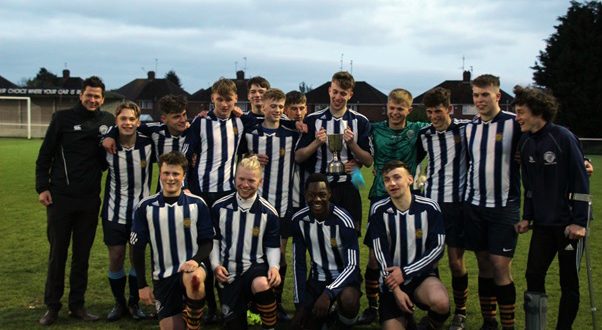 A double from top teenage talent Callum Davies and a late effort from substitute Kondwani Mwansa got the job done for the SGS boys, allowing skipper Sam East to proudly lift the trophy.

Having been invited into the prestigious independent schools competition back in 2005, Spalding have faced disappointment in two semi-finals, while also losing the 2011 final on penalties.

So, for manager Dave Endersbee, the victory was a very proud moment indeed.

He said: “Winning the LB Cup this season has been a truly outstanding achievement, but one that is well deserved.

“This is a well-balanced squad that contains some talented players, but as I have seen in the past, that does not guarantee trophies. 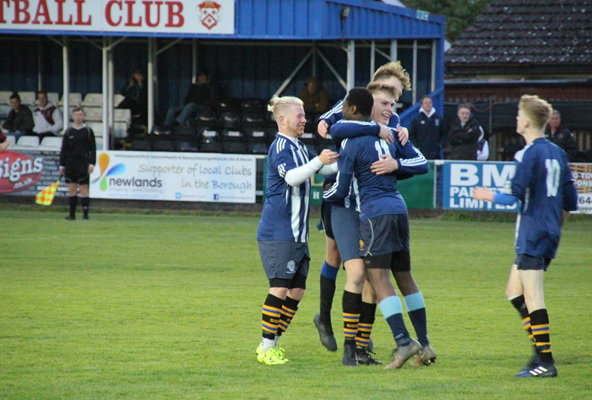 GET IN! Kondwani Mwansa toasts the clinching goal.

“The big difference between this victory and the disappointment of the ten previous years has been the team’s ability to apply quality game management to different stages of the match.”

Having secured victory in the previous three rounds against Rugby (2-1), Uppingham (6-1) and Loughborough Schools (4-1), the team entered the final against Wellingborough full of confidence.

With all first-team players available (other than the injured Brad Waters), this confidence was translated into a more attacking line-up and a game plan to get ahead early.

This tactic proved effective when Spalding utilised the pace of wingers Fenn Storey and Connor Bell to create two early attempts – both sent wide by Bell and Davies.

A Harrison Burrows free kick was also saved well by the Wellingborough goalkeeper.

The breakthrough came after 15 minutes, when Davies latched onto a neat interchange to drive the ball home from 15 yards.

Davies, who has broken into the Holbeach United first team this year, added a second five minutes later when he got in behind the Wellingborough defence, who misjudged a long Willis Ingleby goal kick. 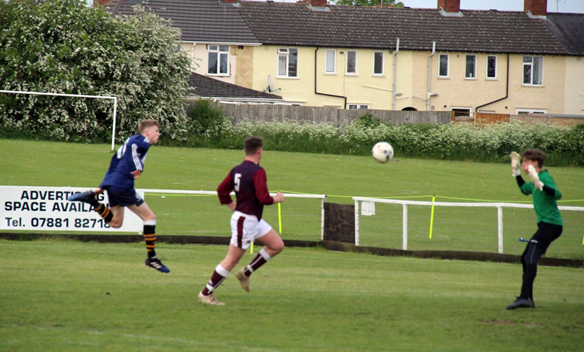 That allowed Davies to skilfully lift the ball over the on-rushing keeper.

Throughout the half, Wellingborough had a flurry of corner and free kicks from which their bigger players posed a threat. However, the Spalding defence superbly repelled everything thrown at them. At 2-0 at half time, boss Endersbee impressed the importance of managing the second half effectively.

As expected, Wellingborough started the second half much sharper, getting into the SGS area on a number of occasions and having a number of half chances blocked, saved or sent off target. A tactical change saw more protection to the defence to frustrate the Wellingborough attack and play on the counter.

As the clock wore down, Wellingborough pushed on to seek a goal, but the Grammar defence continued to remain solid in what was their most outstanding performance of the season, including a man of the match showing from right back Alex Richardson.

The counter-attacking threat of Burrows, Davies, Kyle Compton and later substitute Mwansa ensured that Spalding were always a danger. And, with Davies keen to seal his hat-trick, he saw a number of efforts miss the target, before Mwansa stepped up to slot home the third goal which put the game beyond any doubt.