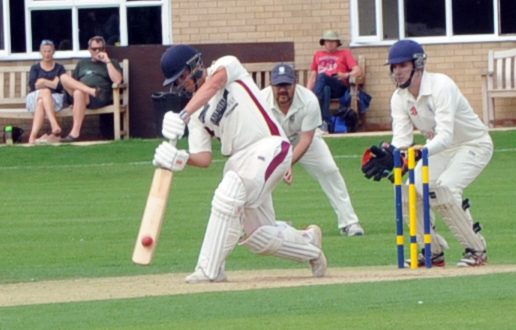 Skipper Oldfield took 5-49 to help limit hosts Spa to 203-8 in the South Lincs and Border League Premier Division clash, before top scoring with 77 in Sutton’s successful 204-6 in reply.

Having opted to put Spa into bat first, Sutton took the wicket of Sam Cherry (19) early on as Barry Stanway (1-45) struck.

That brought George Lindsey (41) and Brandan Laurenzi (46) to the crease, with the pair building a formidable partnership.

Adam Whitaker (1-44) eventually got Lindsey, while Oldfield had Laurenzi out caught and bowled.

It was all about Oldfield from then on, however, as he snared Cooke with another caught and bowled before having Carl Wall (6) caught.

Jack Cooke (0) and Will Sharpe (0) went the same way as Oldfield claimed his five-fer and stopped Spa’s score getting too far away from Sutton.

It looked like being a tough run chase for Sutton when Luke Barnes (3) lost his wicket early on.

With Sangha eventually caught and bowled by Peter Jackson (1-52), James Baker (11) and then Stanway (24) both enjoyed solid knocks.

With Oldfield eventually bowled by Will Sharpe (2-43), it was left to Beau Newman (7 not out) and Bell (5 not out) to get Sutton home with just four balls to spare.

The four-wicket win earned Sutton 19 points and moves them into seventh place ahead of Saturday’s game at Skegness (1pm).