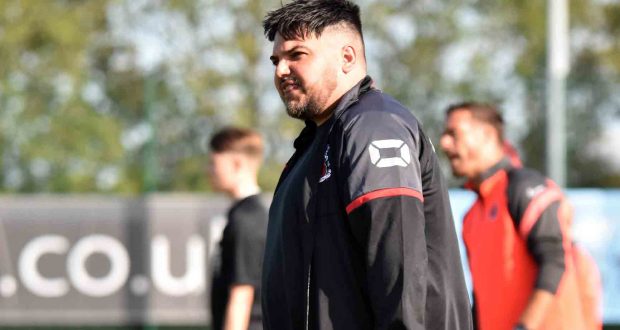 Pinchbeck United manager Tom Crozier wants to see a “big reaction” from his team as they go in search of a first Uhlsport UCL Premier Division win of the season.

The Knights are one of four teams yet to win a league game this season and suffered a disappointing 3-2 loss at fellow strugglers Sleaford Town last weekend.

Saturday’s hosts ON Chenecks (3pm) sit three places above Pinchbeck and have won once.

Crozier sees this as a chance to get his first win as boss – and could have some new signings too.

Crozier said: “We have a few new lads coming in to train and have a look at.
“And, with the reserves getting another good result, there are lads knocking on the door there too.

“Saturday is another massive game because I feel we’re capable of getting a result and I’m looking for a big reaction from the lads.

“We have no new injury worries, but will be without Mario Neves for three games after his red card against Sleaford.”