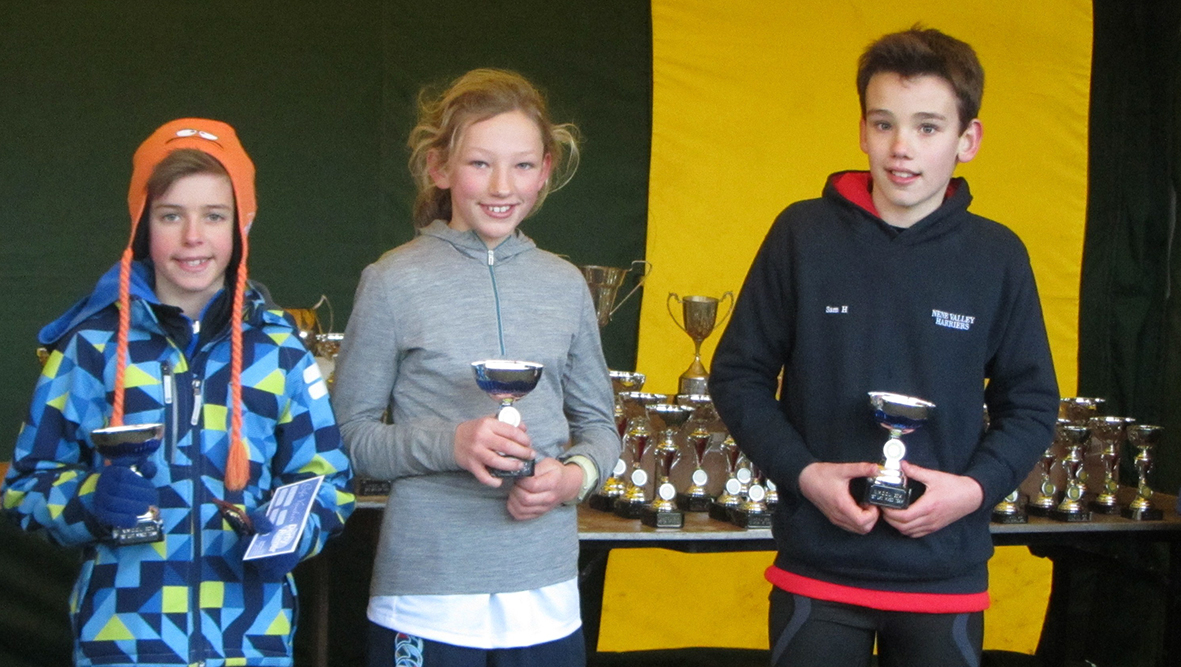 CROSS-COUNTRY: Nene Valley Harriers manager hails season as one of most successful

The Harriers finished the 2014/15 season as league champions in the mixed U11 and U17 men’s tables, and saw the ever-improving Alex Hampson crowned U17 men’s individual champion at the final fixture at Wollaton Park, Nottingham.

Prosser was full of praise for his athletes, stating: “It was another great day of achievement for all those who competed throughout the season.
“Overall, we had 105 athletes compete, so this is a big thank you to all those who represented NVH, it has been a privilege to team manage during our best season for many years.”

Wollaton Park provided suitably testing conditions for a day of traditional cross country racing, with plenty of mud, strong winds and near-vertical hills pushing the Harriers to the limits of their fitness and mental strength.
The mixed U11 team excelled to hold onto their top position in the tables when they took maximum points on the day, with Sam Oakley, Flo Brill and Sam Hughes placing third, seventh and eighth amongst a very competitive field.

Oakley also placed second overall individually, while Hughes’ performance deserves extra credit for having come to the race straight from his rugby trials.
Hampson led the U17s to overall victory with a 19 second margin over his nearest competitor, while Bradley Spurdens, Austin Herbert and Michael Cawood completed the team in seventh, eighth and 11th place respectively.

Cat Foley produced one of the performances of the day in the senior women’s race when she narrowly missed first place by a mere two seconds.
However, her consistency across the league earned her an individual silver medal, a fine achievement considering the number of clubs from a large area who compete in the competition.

Foley received strong support from Ruth Jones in 17th and Nicky Morgan in 27th to ensure the team came third overall for the season.

Megan Ellison once again led the U15 girls with her highest position in the league so far when she stormed across the line in second place, a position she held overall when she received her individual silver medal, helping her team to third place overall.

Also running well was young Amber Park in the U13 girls’ event, who returned to racing after an illness to place a fine fifth on the day, boosting her team to an excellent second place overall in the league.

Matt Church was first for the club in the U13 boys, finishing 19th, helping the Harriers to finish second overall in the standings, while Nathan Davey led the U15 boys home, leaving the team third in the table at the end of the season, while the U17 girls finished a strong second.