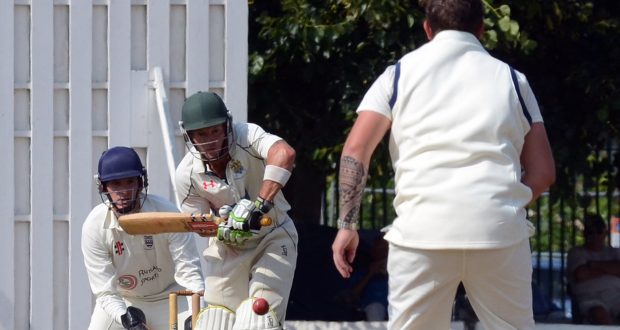 Warren Nel hit a season-high 161 not out to guide Spalding Town to an impressive 90-run victory at South Lincs and Border League Premier Division title rivals Sleaford 2nd on Saturday.

The victory moves Town 22 points clear of Sleaford, who fall to third as a result.

Sutton host Billingborough, one of only three sides below them in the table, this Saturday (1pm).

Batting first, Pinchbeck lost Matt Kidd for a duck but scores of 62 and 33 from Nick Crook and Danny Jackson respectively steered them to 168 before they were bowled out in the final over of their innings.

With a competitive – but very gettable – target to defend, Pinchbeck’s bowlers really stepped up to the plate.

This Saturday sees Pinchbeck, who are still unbeaten this season, host rock-bottom Uffington at Spalding Grammar School (1pm) as they bid to extend their advantage at the summit.

The girls duly delivered, taking an impressive total of 11 wickets between them.

Spalding were all out for 156, Amelia Gardner hitting 22 while Emmy Gittins took 4-39 off 12 overs for Long Sutton and Beth Milnes 2-9 off her four.

Gardner then took 5-16 as Long Sutton were all out for 48, Jack Sawyer taking the other five wickets for only three runs.