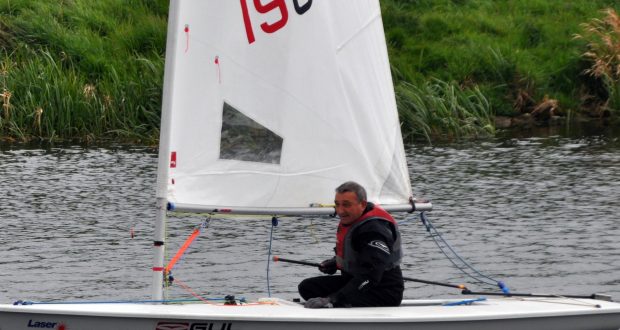 Bart’s Bash is the world’s largest mass participation sailing event and is run by local sailing clubs, centres and groups of sailors from all over the world.

It is inspired by Olympic Gold and Silver medallist Andrew ‘Bart’ Simpson MBE, who believed that everyone should have the chance to try sailing and enjoy the many benefits that it brings.

Held in support of the Andrew Simpson sailing foundation, the start of Welland’s race saw Paul Burton (Super Nova) get away from the start line first in a gentle breeze coming down the river.

Cox and Richard Stedman (both in Laser Radials) were close behind and almost level. This is how the they continued for the downward section of the first leg.

But, once they rounded they mark, Burton started to open up a slight lead and by the end of the lap had pulled out in front with Cox making slightly better progress than Stedman in the changing breeze.

With the wind picking up a little during the second lap, Burton opened up a gap of two minutes plus over the other two boats and was making steady progress as they turned for the start of the final lap.

The positions remained the same throughout the final leg as the wind direction swung to a favourable position for the last section of the race – meaning that Burton was first to cross the line.

However, once handicaps applied the final result saw Cox leapfrog him into first place, with Burton having to settle for second ahead of Stedman in third position.