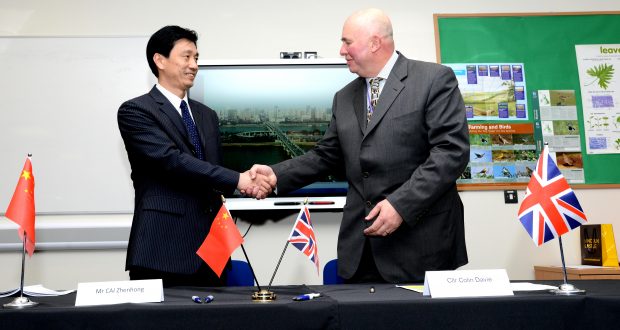 A delegation of high-ranking Chinese officials is due in the county later this month.

The party will be signing a document for Lincolnshire and the Hunan Province to become “sister regions”.

He is the highest ranking official from Hunan to visit the county and will be joined by a Minister Counsellor from the Chinese Embassy Madam Bao Ling.

The province, home to more than 68 million people is developing its food processing sector and visitors have already been to Holbeach Food Enterprise Zone earlier this year.

“The signing of this sister region agreement will take things to the next level,” said Coun Colin Davie, county members for economy and place.