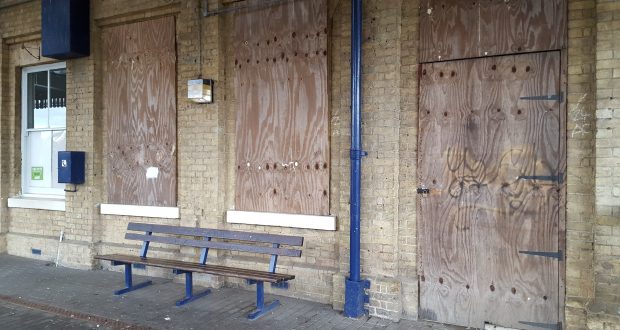 Derelict rooms in Spalding railway station could be transformed into community assets with the help of funding from Railway Heritage Trust and some good ideas from you.

Spalding Transport Forum has been in talks with Railway Heritage Trust, who have agreed to pay 40 per cent of costs to reinstate derelict rooms in the station – on the condition the new use is financially viable.

George Scott, chairman of Spalding and Peterborough Transport Forum, said preliminary ideas “for community use” include a bookshop, a cafe or tourist office.

But George wants to hear the public’s ideas for community uses for the derelict rooms.

“We are looking for people to show an interest in taking up a room,” he said. Ideas will then be presented to Railway Heritage Trust.

Extensive renovation work is needed in the rooms but George hopes they can be made fit for purpose once the needs are established.

“We need to have a survey done and professionals in to do the electrics, as well as painting, decorating once permission is granted,” George said.

The rooms were previously used by broadcasters South Holland Radio.

In 2015, East Midlands Trains won a court order to evict the company, eight years into the agreed 25-year lease.