A 34-year-old who moved to Spalding in an attempt to get away from drugs died ‘speedballing’, an inquest has heard.

Brian Greaves was found dead at his uncle’s Chestnut Avenue home on January 3.

A toxicology report into his death revealed he had taken heroin and cocaine at the same time, known as speedballing, and had also been drinking.

The inquest heard he’d moved to Spalding to make a fresh start six months previously after being involved in drugs before while living in Brighton.

Mr Greaves had had a large number of jobs since the move but was unemployed at the time of his death, the hearing was told.

He was found dead in his room by a family member.

Coroner Paul Smith said: “Those in Lincolnshire were not aware that he continued to use drugs while living with them.

“There’s no evidence it was an action intended to bring Mr Greaves’s life to an end.

“I fear this was the death of a comparatively young man as a consequence of an unwise lifestyle and the appropriate conclusion is that of a drug and alcohol related death.” 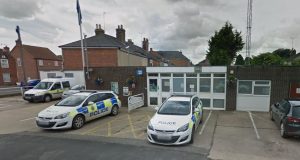