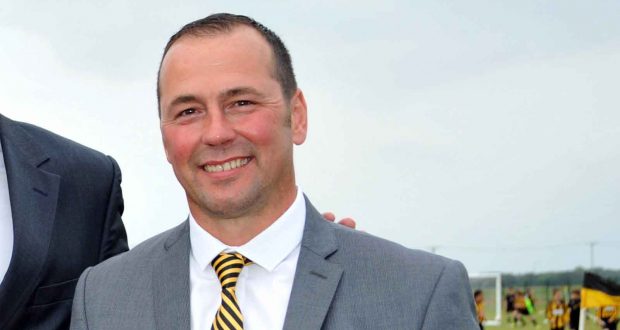 Holbeach United have announced that club stalwart Phil Barnes will be their new manager.

Barnes, who won the UCL Premier Division as a player with the Tigers, will be assisted by Dean Elston – another Tigers legend – at Carter’s Park.

With Danny Hussey stepping down as boss following the early completion of the season, Barnes steps up from his previous role as manager of Holbeach’s Reserves.

As many as eight other candidates were considered for the role, but the Tigers are hoping their appointment will offer continuity.

A club statement said: “We were fortunate to have a number of applications and would like to thank everybody who threw their hat into the ring.

“But we’re delighted to be able to announce that Phil Barnes will be our new manager.

“Phil knows the club inside out and has been instrumental in helping youth develop here, too.

“Our thinking is that Phil was a local candidate who has been a player and manager within the club already.

“Having Dean Elston with him is also a big plus, given the respect he commands, while Tim Cole will continue his duties on the coaching staff.

“To them, Holbeach United really means something and we know that they’ll give their all for the club.

“We’re very happy that Phil, with Dean’s help, wanted to step up to the role and that he wants to retain as many of the players already at the club as possible.

“We’re looking forward to a bright future with Phil in charge and would also like to wish all of the other candidates well too.”

Due to the coronavirus pandemic, the Tigers’ committee ran the rule over the other applicants by looking at their CVs, given that face-to-face interviews weren’t possible.

It is still unclear when the new season will start, but Holbeach will remain in the Uhlsport UCL Premier Division.