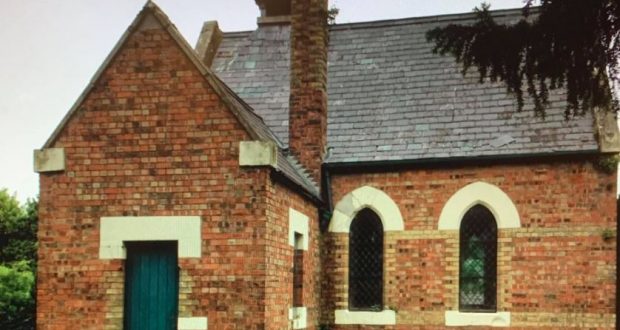 Chapel set for a move

Plans to demolish the Cemetery Chapel in Whaplode have moved a step closer.
But the building (pictured) is being dismantled and rebuilt in the village to be used as a house.
A formal notice of intention has been posted at the site by the parish council which owns it.
It is the latest move in a long-running battle over the building which has been part of the village for more than 100 years.
And local funeral directors Mark and Sue Firth are issuing a last-ditch plea for people to help save the building.
“We have tried our hardest to stop the demolition of the chapel,” said Mr and Mrs Forth.
“These little chapels in cemeteries are slowly coming back into use – Spalding cemetery chapel has recently been saved,” they added.
Mrs Forth said her grandmother’s funeral was conducted in the Whaplode chapel in 1940.
“There had been heavy snow and they could clear the route to the chapel, but not the church,” said Mrs Forth.
The battle to save the cemetery chapel has been going on for several years, with the parish council claiming it was too expensive to renovate it so it could be used again.
Council chairman Morriss Stancer said it would cost upwards of £50,000 to renovate the chapel and the cheapest option was to demolish it.
“We need to do something. It’s not safe as it is and nobody has used it for 50 years so we have to do something,” he said.
The council is planning on replacing the building with a garden of remembrance and an area of seating for visitors.
But Mr and Mrs Forth want the chapel left in place. They even called in authorities to survey the building as they believed it was being used by a bat colony, but it wasn’t.
Mr Stancer said the building would be reconstructed in the village as a house and it would not cost the council “very much” for that option.
Work on the garden will start when the site is clear and the chapel will start being dismantled later this month.