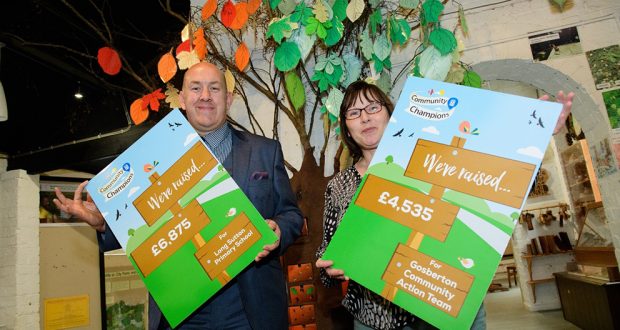 Green space projects in South Holland are set to benefit from a Lincolnshire Co-op scheme.

Just under £7,000 will be going to Long Sutton Primary School to help create a wild learning zone and pathway for walks.

Almost £5,000 is heading to Gosberton to refurbish a playing field, including a community orchard, and reinstate a summer fair.

A total of more than £126,000 is being shared between 21 environmental good causes thanks to the Co-op’s Community Champions scheme.

A donation was made through the scheme every time a member shopped in a Lincolnshire Co-op and used their dividend card in June, July and August. Proceeds from the carrier bag charge and staff fundraising were also added to the pot.

Shoppers also bought special £1 wildflower seed packets during July and August which helped wildlife and added to the total raised.

The pot was boosted by £17,620 when people donated unwanted clothes using the Salvation Army clothing banks at the Lincolnshire stores.

The proceeds are split between the Salvation Army and the Co-op which gave its share to the green spaces.

“It just goes to show how much the local community supports Lincolnshire Co-op stores. Thanks to this amazing and surprising donate, we will be able to take the next step with our garden project and community orchard,” said Mick Pell from Gosberton Community Action Team.

“We are delighted that together, our members and colleagues have raised such a brilliant amount to help these green space projects and groups,” said Sam Turner, Lincolnshire Co-ops community engagement manager.