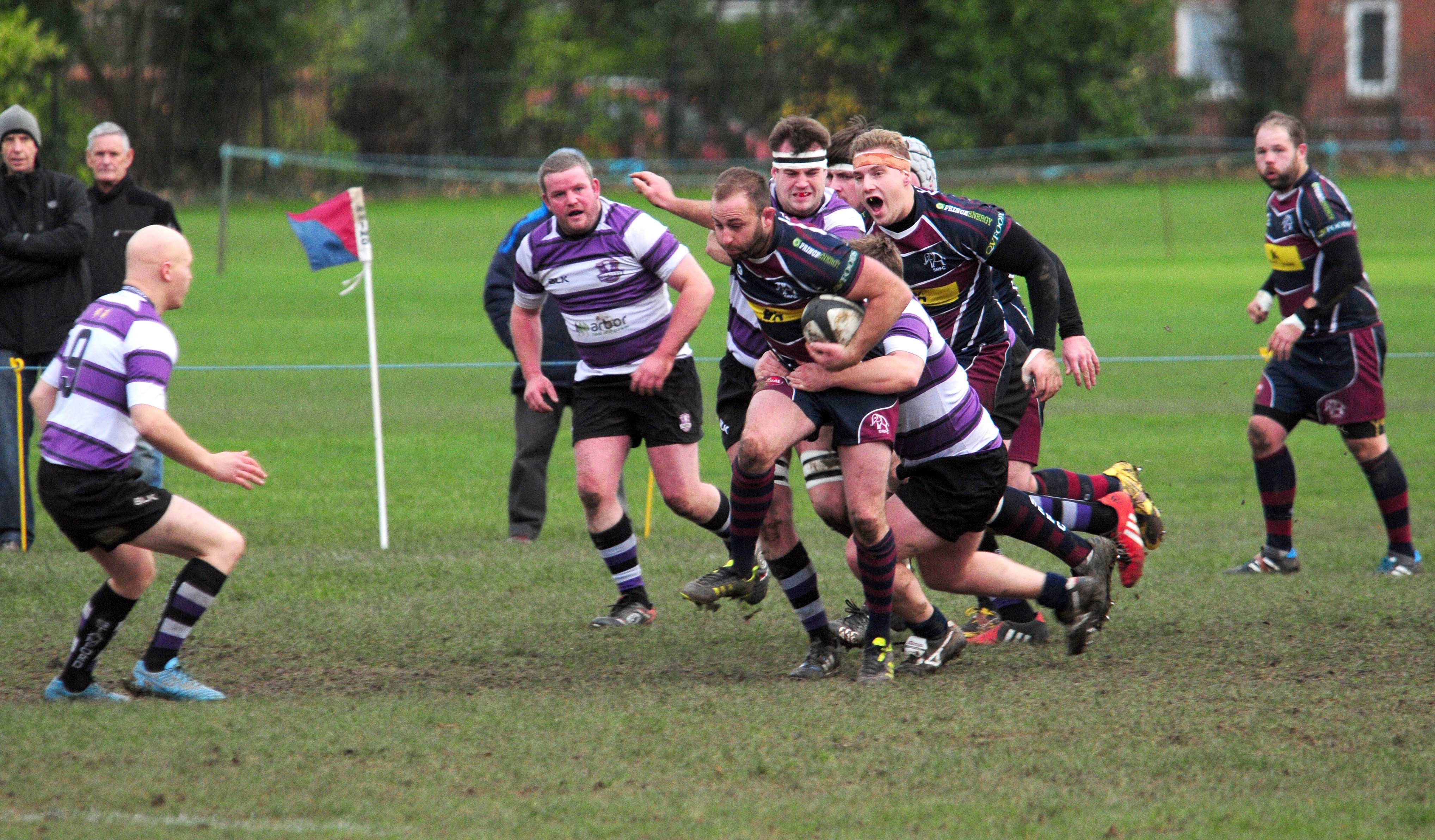 Playing rivals Stamford is always a big moment for everyone involved with Spalding RFC.

But this weekend’s Midlands Two East (North) clash at Hambleton Road (2.15pm) carries extra significance, with Town desperate for points in a bid to beat the drop.

The Elephants sent shockwaves through the league when they beat then leaders Stamford 25-15 at the Memorial Field back in December.

It was billed as the result that would kick-start Spalding’s season, but they’ve only managed three wins from the ten games since then. Stamford have fared worse, winning just twice and plummeting to sixth position.

Town skipper Sam Cooke admits that he’s “buzzing” ahead of the trip, but feels that defeat could be catastrophic for their season with just three more games to come afterwards.

“Stamford is always a big one,” enthused the Spalding skipper. “I’m absolutely buzzing about the game.

“But this one, more than most, is huge for us.

“If we go there and lose, I worry that we’re in a very difficult situation.

“We’ve always maintained that, as a club, relegation would be disastrous for us.

“It would set us back years as a club. We’ve put the hard groundwork in this year with a young side – and I’m convinced we’d hold our own next season.

“The lads know that relegation would really hurt the club. I’m confident that we’ll be up for the match and that we can go there believing we can win.

“We’re taking a strong squad, so I’m confident we have a big performance in us.”

Spalding welcome back Harry Sharman, Ryan Chappell and Sion Williams to their squad, but are once again without a recognised fly-half. Winger Harry Harrison is expected to take on the kicking duties.

Town go into the game two points above relegation rivals Mansfield, who visit third-placed West Bridgford. However, Mansfield play their game in hand against basement boys Bakewell, before Town’s next match – making a win at Stamford on Saturday key.