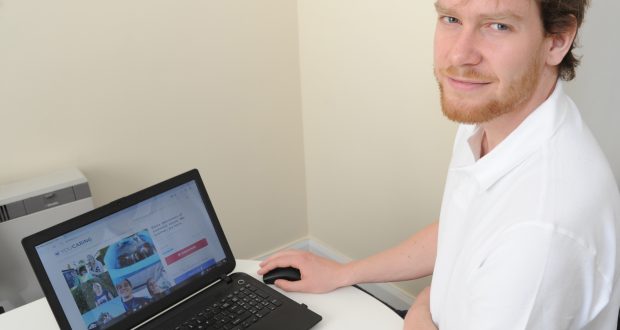 The son of murder victim Claire Hart and their sister Charlotte have appeared on national television as part of an awareness campaign.

Luke and Ryan Hart have spoken publicly about the domestic abuse which culminated in their father Lance killing both women in the car park of Castle Sports Complex. He took his own life in the same incident.

Luke appeared on BBC Crimewatch Roadshow Live this week in a bid to raise awareness of coercive control and to urge others who may be experiencing it that there is help out there.

Both men were working abroad as engineers when their father killed Claire, 50 and Charlotte, 19. They spoke of their inconsolable grief and distress and later revealed domestic abuse at the family home at Moulton.

They later wrote a book highlighting the coercive control and domestic murder they experienced.

Luke said: “Domestic abuse for us was like permanent lockdown.

“Our father controlled everything right down from the turning on of light switches.

“He often wrapped everything in the narrative of poverty, he said we couldn’t afford things.

“Domestic abuse wasn’t physical, it was about the huge amount of control our father had over us.

“The scary thing is our father knew how to behave with others.

“After the murders many eulogised our fathers.

“There were people who vaguely knew our family saying to the media that our father was always caring and a nice guy and that show just how much men like our father can mess the minds up of our family but also the local community.”

Luke added: “I’d encourage anyone, if it’s safe, to reach out to someone to talk to.”