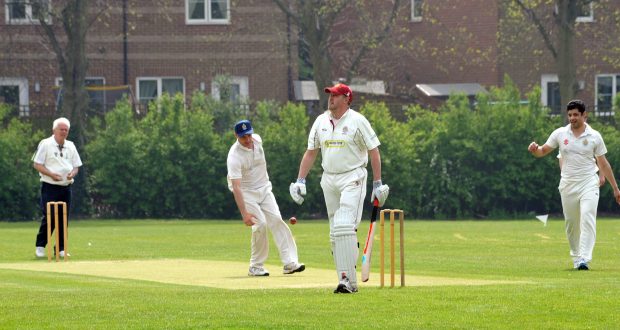 Harrox elected to bat first and posted 179-6 from their 45 overs in the South Lincs and Border League Division One clash, before bowling their hosts out for 79 to collect 19 points.

Although they lost openers Lance Bettinson (0) and Jack Barnett (7) early on, it was a solid batting showing from Moulton.

Skipper Broomfield came in at three and steadied the ship alongside Andy Goodley (27). Broomfield hit eight fours and a six in his 50, while Goodley found the rope five times himself.

Will Newton (2-50) got rid of both of them, but that only brought Matt Barnett to the crease.

He cracked seven boundaries en-route to a fine 59 not out, with Will Naylor (3) and Karl Hibbert (27) the other men out.

If Moulton’s batting was strong, their bowling performance was mighty.

Number three Sean Barnett (32) did offer some resistance for Boston, but he was eventually bowled by Jack Barnett (2-6).

Nobody else was able to muster double figures, with Broomfield (3-10) following up his knock with the best bowling figures.