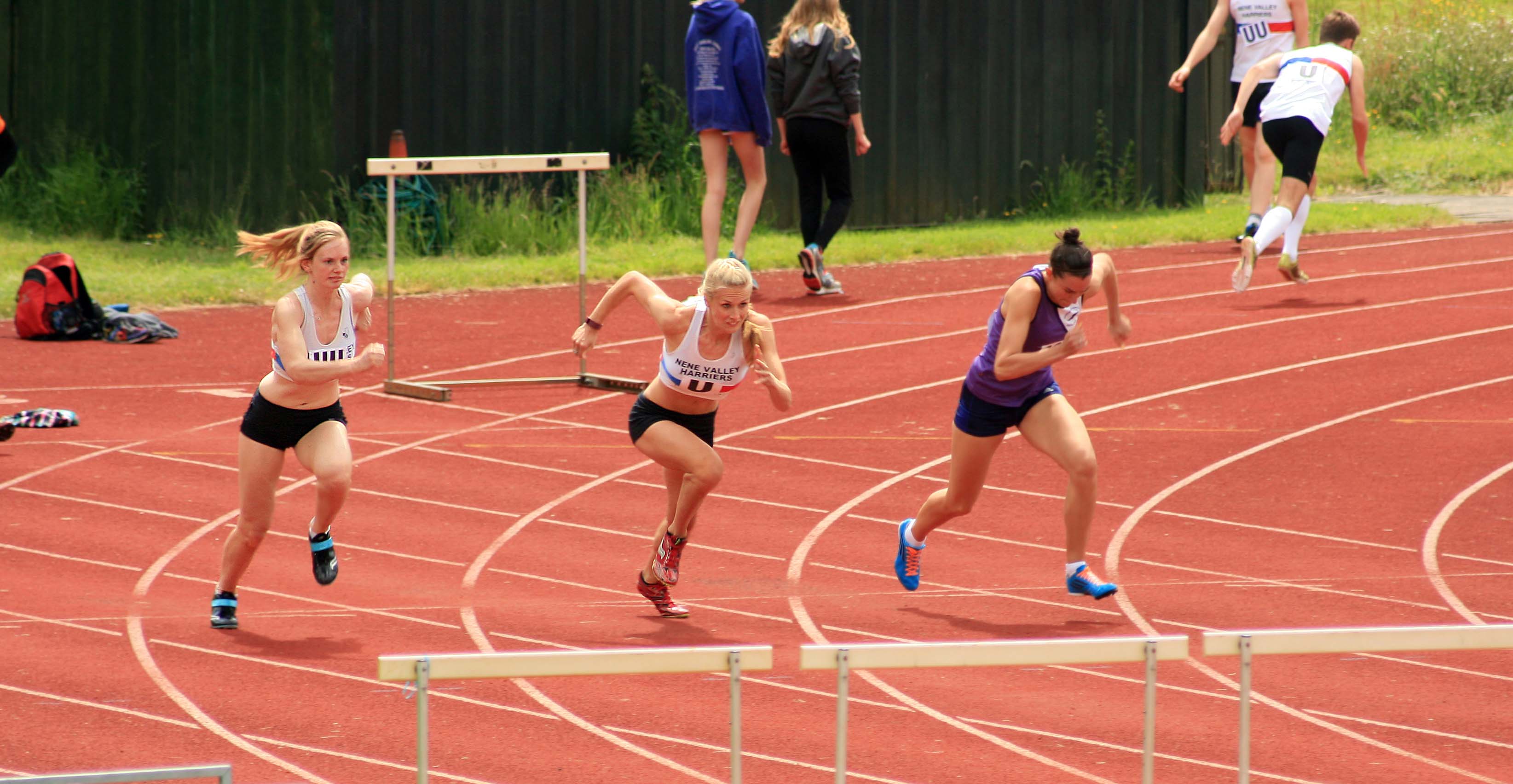 Nene Valley Harriers moved up to second place in Southern Athletics League following a stellar showing in a very tough fixture at Brighton.

Up against defending champions from the host club and the equally-strong Tonbridge, Nene Valley secured an impressive victory on the day.

Ellie Mae Stokes was the only club record breaker – but many others produced personal best (PB) and season’s best (SB) performances, a credit to the whole team’s effort.

Stokes threw her javelin a whopping 35.65m to establish a new under-20 and senior club record.

That was followed by wins in the field for Andrea Jenkins and Kelly Lawrence (hammer), Emma Hornsby and Emily Maltby (long jump) and Rosie Fresen (pole vault) – while Rosie Jacobs decided at the last minute to go and vault herself into second place.

Half an hour into the contest and the team managers could not believe what was being achieved.

The day continued in the same manner, with many brilliant efforts being rewarded with the relevant points.

Top scorer on the day was Emily Maltby’s 16-4 wins, with a further point in the relay.

Rosie Jacobs was not far behind with 13 points having enjoyed wins in both hurdle events and taken third in the 1,500m before her second leg run in the relay helping the ladies to a second place in the 4x400m.

On the men’s side, Achurch threw everything that had not been fastened down attaining 14 points with two wins and two second places, ably assisted by two wins from Martin Tinkler in the shot and discus.

Elsewhere, Jevan Robertson ran both the 5,000m and the 2,000m steeplechase, while Rosie Jacobs took part in the 1,500m and starred in the pole vault.

Another competing in that steeplechase was Fresen. Those athletes were not forced to do additional events, but had requested to do so in order to assist the team and were well cheered on by their team-mates.

Thanks also go to Ray and Brenda Church, Mick Lynas, Alex Wray and Andrea Chapman for officiating and travelling down.