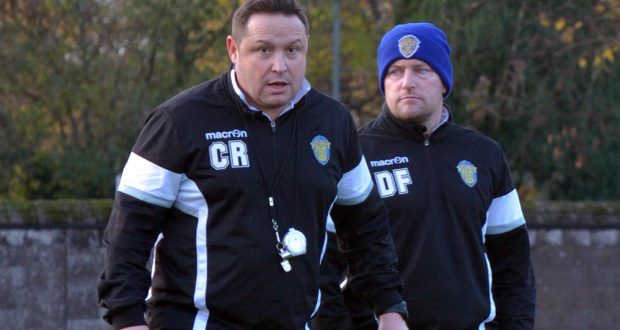 Dave Frecklington has stepped down as Spalding United manager, with number two Chris Rawlinson succeeding him at the helm.

Frecklington, who was announced as the new Gainsborough Trinity manager on Monday evening, informed the Tulips of his desire to leave the club over the weekend.

He has been an absolute revelation since taking the Sir Halley reins in the summer, having replaced Marcus Ebdon, and leaves the club in second place in the Evo-Stik NPL First Division South standings.

Frecklington had originally planned to spend a minimum of three years with the Tulips, but the lure of Step Two football with Trinity was too big a chance to pass up.

Rawlinson was Frecklington’s number two in his last role with Lincoln United – and his appointment at leas gives the Tulips some much-needed continuity.

A Spalding United statement confirmed the changes at the top. It reads: “With the first team having enjoyed a resounding 4-0 win at home to Romulus on Saturday, 11th February, to retain second position in Evo-Stik NPL First Dvision South, the board of Spalding United FC is delighted to announce the appointment of former assistant manager Chris Rawlinson as first team manager for the remainder of the 2016/17 season.

“Chris will be assisted in his new role by first team coach Kevin Ward, and Director of Football Bob Don-Duncan.

“These appointments come after the club received sudden and unexpected news over the weekend that former  manager David Frecklington wished to leave the club.

“Having made a three-year commitment to Spalding United in May 2016, the news of Frecklington’s decision to leave came as a complete surprise, but aware that stability is the key in hopefully maintaining the superb progress the team has made on the pitch in 2016/17, the board has moved quickly to appoint a new management team.

“The club would like to thank David for his contribution since joining The Tulips in May and wish him well on his onward journey in non-league football.”