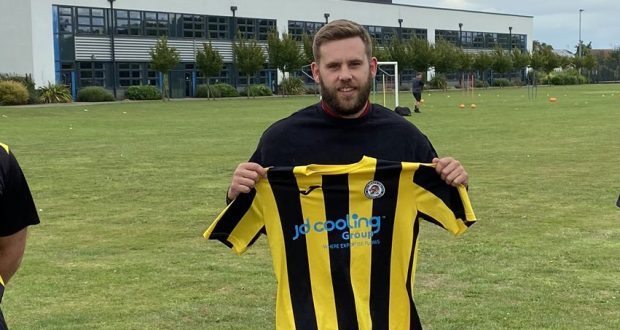 The centre-back, who has had multiple spells with the Tigers over the years, officially returned to Carter’s Park on Saturday as the Tigers enjoyed a 5-0 friendly win over South Holland neighbours Crowland Town.

However, he had been announced as a Northern Star signing last week – with the club’s official Twitter account even posting a new song about the defender’s arrival.

But, Star boss Scott Goodwin left his role on Monday night after a bitter online spat with the club, which saw their dirty laundry aired on Twitter.

The failure to seal a deal for Braithwaite was among the issues raised in a staggering succession of Tweets. However, his return to Carter’s Park is timely, given that key defender Nick Jackson has opted to sign for rivals Boston Town.

Spencer Tinkler, Luke Wilson, Jordan Elston, Alex Richardson and Jonny Lockie got the goals for the Tigers against Crowland.

Meanwhile, Holbeach and Moulton Harrox clashed in a friendly on Tuesday night. The game finished 1-1 with Josh Ford equalising for the Tigers from the penalty spot.

* Spalding United’s pre-season continued with a 1-1 draw at Newark Flowserve on Saturday.