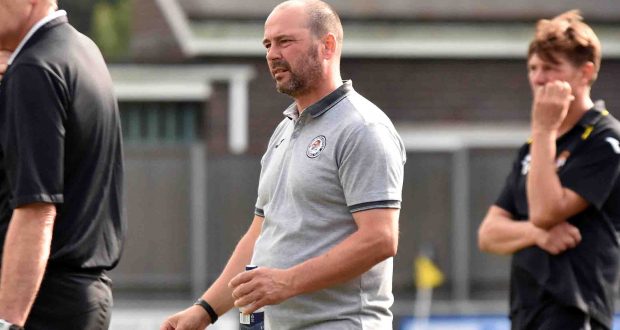 Disappointed boss Phil Barnes admitted that it was pretty much game over for Holbeach United after five minutes on Saturday as they were thrashed 6-0 at Anstey Nomads.

The defeat dropped Holbeach into the bottom two for the first time this season and leaves them as one of only two teams yet to win in the league this season.

Barnes, who handed a debut to new signing Andre Williams, accepted that Anstey were just too strong for his side.

“To be 2-0 down after five minutes just throws everything you’ve said pre-match out of the window.

“Against one of the better sides in the league, it’s basically game over when you’re 2-0 down so early in the match.

“But, regardless of how good they were, we have to look at ourselves. From myself to the players, we have to be much better than we were on Saturday.

“I’m very disappointed with our start to the season. To have not won a game yet isn’t good enough and we’re all a bit downbeat at the moment – we need to snap out of it.”