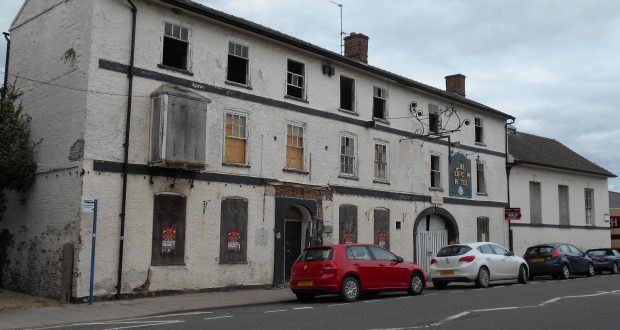 Donington’s High Street could be set for two big boosts with sale of The Red Cow and a new shop with Post Office announced for the village.

The dilapidated 200-year-old former hotel has been an eye-sore for a number of years, but has now been purchased by API Limited which has recently completed refurbishments of The Chequers and The Bell, both in Holbeach.

And a businessman says he is to open a Budgens store at the former Bargain Booze site next door which is set to include a Post Office service.

Seelan Thambirajah, of the MSP and Noble Group, is the man behind the bid to create a Budgens in the former Bargain Booze.

He says he’s working with the Post Office to bring the service back as part of a £550,000 renovation and that the venture will create ’10 to 15 new jobs’ with plans to open in February.

“We’ve been providing convenience stores for the community for the last 20 years and have 16 in the UK,” he said. “Budgens are great with working local communities and that’s why we’re going with them.

“We’re planning for special access to the elderly and to improve the car parking so there’s 20 spaces.

“We want to provide local food from local producers as we find that’s what the community wants.”

A spokesman for the Post Office, said: “We have an interested retailer who wants to take on Donington Post Office. An application has recently been submitted.”

Rob Bridgewater and Jamie Sandford are behind API Limited which has bought the Grade II listed former Red Cow hotel.

It’s been increasingly dilapidated for nearly 20 years. Previous owner Market Homes Limited had planning permission to renovate it and turn it into 18 flats but the company sold it.

Now API says they’re looking to turn it into flats.

Rob, said: “We are purchasing the Red Cow to bring back what was once a great building again.

“This is in line with some of our recent previous developments.

“We plan to keep it in keeping with the area and are hoping to work with the council to ensure this is another successful development utilising the existing building while also adding additional dwellings to the area with that town centre location.

“Final plans are being worked on to utilise the area to its best potential.”
District and parish councillor Jane King told The Voice she was pleased with the news about both developments, but had experienced so many false dawns in relation to the Red Cow that she didn’t want to get her hopes up.

“I can’t get excited about that building at all given how many times we’ve been let down by developers,” she said. She is yet to meet the team at API Ltd.

“Hopefully new owners will be different, but we thought that about the last owners.

“The Budgens proposal seems really encouraging and those behind it seem supportive of the village.”