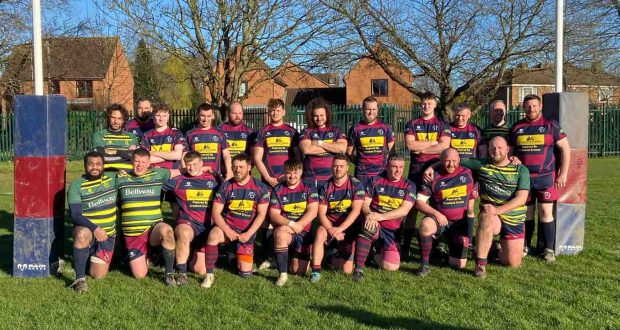 With the first team having no scheduled game on Saturday, the focus was on Spalding RFC’s Nomads – and they didn’t disappoint.

The second string had a home fixture against Huntingdon, who stepped up after Lincoln pulled out of the game, and emerged 22-12 winners on the day.

However, Town did have to lend their visitors four players in order for it to be a competitive game.

Early on the Nomads were taking the game to Huntingdon as they were camped in their 22, but an interception saw their left winger break free to run the length of the pitch for the opening try. With a successful conversion, the visitors had an early lead.

Undeterred, Nomads enjoyed a great scrum back in the visitors’ 22, with locks Dave Mackay and Jordan Templar providing the power – allowing Harry Cole to break down the blind side to dive over the try line.

It was now an end-to-end game, with some great flowing rugby and, just before half time, Spalding had great penetrating break by Wilson Crowson to gain territory.

Harvey King followed up with a side step cutting back inside to score for the Nomads, who went three points up.

Despite then seeing Cole yellow carded, a good scrum by Spalding’s forwards, with Toby Hollis and Charlie Goodwin prominent as they broke free, saw Harry Brown spot an opening to charge through and score.

With Taylor Crowson converting, the Nomads had a ten point lead.

Huntingdon pulled a try back as the match entered the last quarter, but Spalding had the last word as a driving maul was established and as the Huntingdon players were sucked in, Brown broke through and went over.