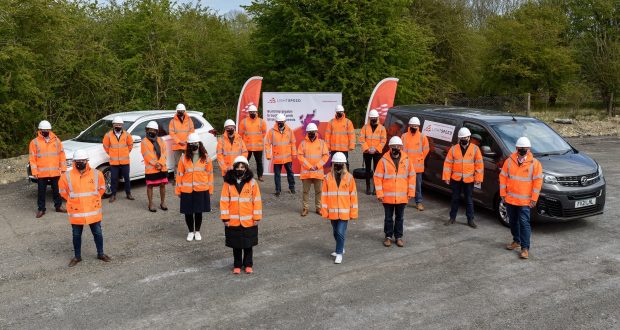 Bid to speed up internet options

A company says it’s going to offer an alternative to current internet providers by boosting broadband speeds in Spalding, Holbeach and Long Sutton.

The company, which is backed by private investment, is working in partnership with specialist fibre infrastructure contractors, Plancast and RCU Solutions, to roll out the network, starting in ten towns in South Lincolnshire and West Norfolk – with Holbeach, Long Sutton and Spalding joining Boston, Bourne, King’s Lynn and South Wootton, Market Deeping, Skegness, Sleaford and Stamford as the first target areas.

A Lightspeed spokesman said: “Plancast and RCU Solutions, together with Lightspeed, are working with South Holland District Council and the highways agency in the district to roll out the network quickly.

“Existing infrastructure and cleaner, greener ways of building will be used wherever possible to minimise environmental impact and disruption to residents.

“One hundred engineers have been deployed across the region and 30 new jobs are being created for the build, with an emphasis on employing, developing and training local people. Build teams are operating from depots in Stamford, King’s Lynn and Boston, and the network will be managed from a new Lightspeed HQ in Spalding.

Dave Axam, operations director at Lightspeed Broadband, said: “These are exciting times for digital connectivity, and we are moving at ‘light speed’ to bring Lightspeed broadband to the east of England. Starting in these ten towns, we are waking up the future of South Lincolnshire and West Norfolk by unlocking the digital and economic potential of these underserved communities.

“Together with our build partners, we will be working closely with the councils, highways authorities and local communities in each town to build the network. We want to build as environmentally kindly as we possibly can and we will be re-using existing underground ducts and telegraph poles, digging underground chambers, rather than using street cabinets, and using clean, electric vehicles.

“We’re aiming to provide services to as many homes as possible by upgrading the existing infrastructure. In areas where this is not be possible, we’ll look at options. Residents can register on our website to keep up to date with our build plan and our progress or follow our journey on social media.”