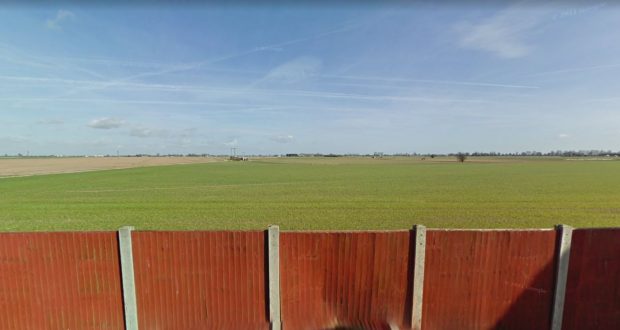 The land as seen from Nightingale Way on Google Street View.

A bid to build more than 120 homes on a site in Sutton Bridge has been thrown out for a second time.

While a smaller site of 79 homes has previously been passed, developer Loyd Homes wants to build more on a bigger area, part of which is outside of what has been allocated for development as part of the South and East Lincolnshire Local Plan.

Reasons for the rejection included the development being partly on land outside that ear-marked to be built on around Sutton Bridge and over the potential for flooding.

Both the applicant and the council’s planning department have subsequently taken legal advice, and have conflicting arguments regarding flood risks.

“It is considered that the proposal fails the sequential test as there are alternative sites appropriate for residential development that are reasonably available and which are located in areas with a lower risk of flooding,” the report to the committee said.

Coun Jack Tyrrell, said the disparity between the applicant and officers “doesn’t add up”. “I’m worried we’re going to say no to something that won’t stand up.”

But Coun Roger Gambba-Jones said the policies were part of the South and East Lincolnshire Local Plan and information and guidance hadn’t changed “substantially” to over-ride that which, he said, would be “the route to chaos”.

“It’s acceptable to say they’ve done their own version, which is in some respects contradictory to the basis of what we’re working to, but we hear that many times,” he continued.

“I think it’s a dangerous approach to argue with something such as our own strategic flood assessment.”

Coun Chris Brewis said he was delighted to recommend its refusal and said planning officers were “absolutely spot on”.

A total of 23 objections were received including issues around parking arrangements, flooding, overshadowing, construction noise and increased pollution from future traffic.

“The local planning authority has acted positively and proactively in determining this application by assessing it against all material considerations, including national guidance, planning policies and representations that have been made and received during the public consultation exercise,” says the report.

“Whilst it is accepted that 76 of the 123 dwellings proposed already benefit from extant reserved matters approvals, it has not been satisfactorily demonstrated that the proposed additional dwellings are necessary to this location and it is not considered to be a type of housing that requires a countryside location,” it adds.