Bakkavor’s positive report for the future

Fresh food company Bakkavor has seen its financial position strengthen over the last year with Brexit having a ‘minimal’ impact.
In a trading update released this week, the company said it saw sales grow by 56.2 per cent in mainland China in the first 13 weeks of the year.
“We continue to see reduced demand in Hong Kong due to ongoing lockdown restrictions. Following the end of the quarter, we have opened a new site in Wuhan to replace the existing factory, and extended capacity at our bakery,” says the report.
In the UK, sales were down 6.4 per cent for the quarter but March saw a 3.5 per cent fall.
“We were reassured by a recovery in sales as lockdown restrictions started to ease, first with the schools returning in early March and then with limited outdoor meetings.
“Although it is early days, we are seeing an increase in the frequency of shopping visits and a steady return to more normalised shopping habits,” the report says.
In America, the company saw strong sales growth in the quarter of 17.9 per cent.
“Demand for fresh prepared meal solutions continues unabated and as a result we are looking to accelerate investments to enhance capacity across our existing footprint.”
A ‘resilient’ financial performance means there has been a reduction in group debt and it is recommending a dividend payout of 4p per share. The dividend had been suspended last year and approval will be sought at the annual meeting on May 20.
The report added that the company was “firmly in the second phase of managing Brexit, as further rules governing the import and export of goods become operational in the coming months. “We are confident of our ongoing mitigation plans to limit further disruption,” the report says.
Bakkavor employs around 16,500 people across the UK. It has 45 sites including those in Spalding, Sutton Bridge, Holbeach, Bourne and Boston.
The company also employs more than 800 in the United States and 2,100 in China. It operates five factories in America and nine in China and Hong Kong.
Bakkavor was founded in 1986 and supplies retailers including Tesco, Sainsbury’s, Marks & Spencer and Waitrose. 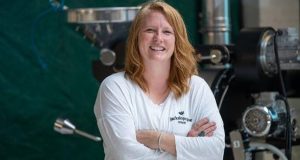 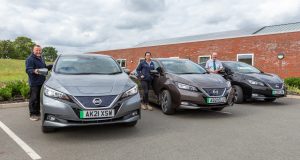 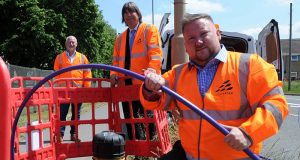