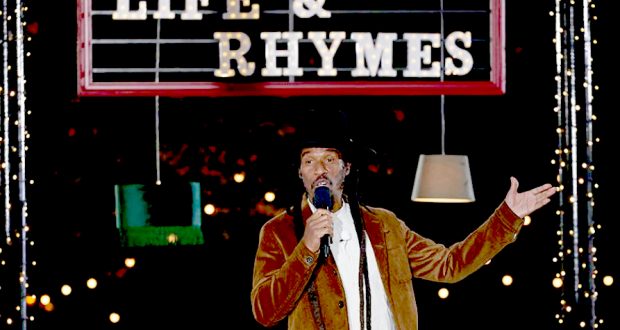 The television awards were announced on Sunday evening and Benjamin was named as the winner of the Entertainment Programme category with his Life and Rhymes show.

The four part series spotlights British voices and is hosted by Benjamin, who lives in Moulton Chapel.

And it is home that is by far Benjamin’s favourite place.

“I love coming home, if coming home is not a joy then you are living in the wrong place. When I drive over the new blue bridge near Peterborough I relax because I’m home,” he said.

He has lived in South Holland for ten years and loves the serenity that rural life offers.

“I just relax there now and chill, the tension just flows out and I love it,” he said.

The lack of air pollution and relaxed atmosphere reinforce Benjamin’s love of the area.

“I go for a jog and there’s no air pollution,” he said.

When he received his BAFTA on Sunday, he said he had been receiving congratulation messages from around the world.

“I never forget this is a team effort and I think it’s not just about the production team. We had some great performers on the show,” he put on social media.

The British Academy of Film and Television Arts held this year’s ceremony on Sunday and it wasn’t the only recognition Benjamin received this month.

He was also presented with the Hay Festival Medal for Poetry last Wednesday.

He is presenting his book Windrush Child at the prestigious literary event. The novel is for children reflecting on the experiences of the Windrush Generation.

Benjamin has been presented with 16 honorary doctorates and has written novels, screen plays and stage plays. He first came to public attention as a poet and his live performances put poetry before a wide audience.

He took his Dub (Reggae) Poetry worldwide and over a 22 day period in 1991 he performed on every continent.