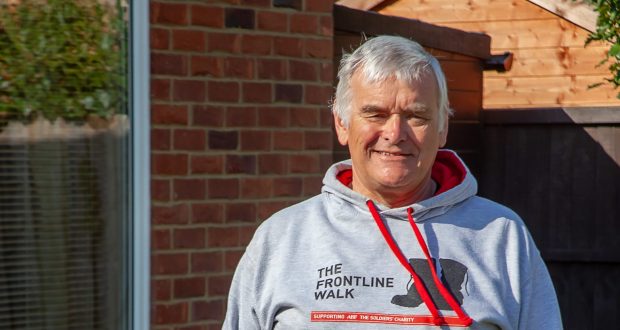 A 72-year-old veteran has walked a thousand miles to raise nearly £1,500 for an army charity.

Nigel Wickenden set himself the goal of reaching the milestone in 100 days, actually completing it in 98 days on Wednesday, July 27.

It included daily walks from his home in Smithdale Close in Spalding to either Money Bridge, Jobson’s Bridge in Pinchbeck or the Horseshoe Road allotments.

It’s all to raise money for The Army Benevolent Fund (ABF), The Soldier’s Charity.

How did Nigel, a member of the Royal Electrical and Mechanical Engineers (REME) for over 13 years, find it?

“It was boring to be honest,” he said. “I did it to places I normally walk to and know how far they are away. It’s all for a great cause though.”

Last year he walked 100km as part of The ABF’s Frontline Walk along the World War One Western Front.

Nigel enjoyed that three-day trek so much he’s going to be following it again this year, but this time in a more supporting role and not raising money.

“You’ve got 40 or 50 people to talk to along the way with that and it was a really good environment,” he said. “I’m going back this October, but there will be more driving.”

To donate to Nigel visit https://buff.ly/3mkm7jm