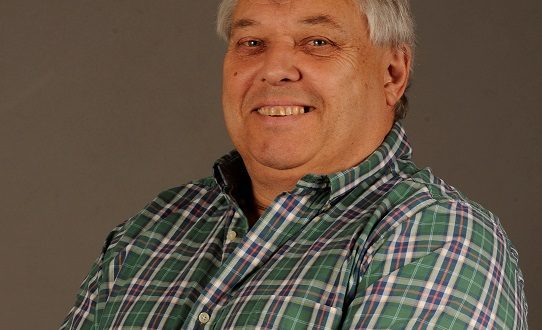 The purchase of a property to house three rough sleepers has been approved despite a council panel voting against it over concerns it was unsuitable and being rushed through.

Coun Rodney Grocock, South Holland District Council’s Portfolio Holder for Place, has said the authority can proceed with the purchase of what is the third of three homes in Spalding.

In September it was granted £400,000 of funding by central government to help purchase properties to house nine homeless households, however they need to be in the properties by March 31 to receive the money.

The decisions on the home purchases are not going before the council to be voted on, instead Coun Grocock was given the power to decide if the authority goes ahead with it.

As reported last week, he’d given the go-ahead to two of the homes in Spalding, but the decision for the third and final property was called in two weeks ago by Coun Angela Newton, whose Monks House ward it is situated in.

She said the house was not suitable after the council widened the criteria in a bid to find a property in time to meet the deadline.

And a meeting of the authority’s Performance Monitoring Panel agreed, voting that the council shouldn’t go ahead with the sale.

However following the meeting Coun Grocock decided the council should still go ahead with the purchase.

“Homelessness is a national tragedy with hundreds of people in the country sleeping outdoors and they’re not all addicts and alcoholics,” he told The Voice. “There were no problems with the first two homes identified but Coun Newton wasn’t happy with this one so it went before a scrutiny panel to see what reaction it would get from the mostly Independent and Conservative councillors.

“I listened intently to the Performance Monitoring Panel meeting and the comments.

“One of the issues identified was that there wasn’t enough parking, but with the greatest respect, I’ve not seen many rough sleepers with cars.

“They also talked about value for money but as part of this we have to keep the homes for 30 years. They’re not to be sold to make an investment on.

“Even if we’d bought new builds as was mentioned, we’d need to renovate them so they’re fit for three different people.

“I had to decide if what was said at the meeting over-ruled what the housing and homelessness experts at South Holland District Council have said and I don’t think it does.”

On the criticism heard at the scrutiny meeting that the purchases were being rushed through at the last minute, Coun Grocock said: “We didn’t want to lose the money and that involved three homes being identified to take people off the streets.

He continued: “We didn’t want to upset the government as we don’t think they’d offer that £400,000 again and I think council tax payers would like a better street scene in the town with fewer bedrolls and blankets in doorways.

“I wouldn’t say it was rushed but there was a timespan to make sure it was done as soon as possible to meet the time frame.

“We listened to all the arguments of the scrutiny panel and I thought long and hard about it to make sure I was doing the right thing.”

Coun Newton, highlighted that three Conservative members had voted with the Independents that the purchase of the house should not have been agreed.

She said: “What is the point of SHDC having a Scrutiny Panel?

“They met and scrutinised a proposal and every single councillor (13-1) except one effectively rejected that recommendation.

“And then the portfolio holder decision is to ignore the recommendation from the scrutiny panel.”